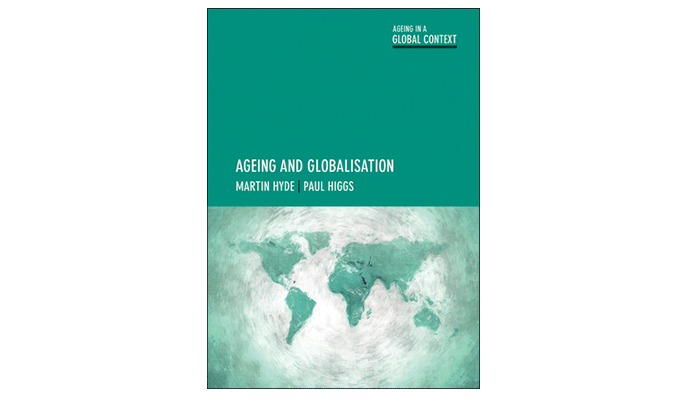 Population ageing is a global phenomenon. Yet it is widely acknowledged that there is still relatively little research on the interconnections between globalization and ageing. In our recent book, Ageing and Globalisation, Paul Higgs and I sought to redress this gap in our knowledge and develop a more detailed understanding of the ways in which they interact. Undertaking this task is important, not simply because a more integrated approach to globalization is increasingly necessary, but also because the continuing effects of the global economic crisis of 2008 have destabilised many of the assumptions and policies formulated for old age. Thus, it is not only that people around the world are living longer but also the world in which they are doing so has undergone a number of radical changes. We have moved away from a world in which the nation-state is seen as the dominant spatial form to a world characterized by a series of overlapping spaces, such as the global financial markets, the European Union, and technology districts like Silicon Valley. These spatial transformations raise a number of questions for gerontologists and older people alike.

To answer these questions, we focused on 4 key dimensions of ageing and later life: 1) health and healthcare; 2) work and financial circumstances, 3) culture and identity, and 4) politics and policies. Throughout the book we drew on a wide range of data from cross-national surveys to macro-level indicators from international organisations like the World Bank to explore the spatial patterning of these dimensions and the impact of relevant global, regional and national actors. In each arena there is clear evidence that conventional ways of thinking about ageing and later life have weakened. New temporalities around have opened up which, in turn call for, and create, new types of spaces. However, we are far from witnessing the emergence of a global space of ageing and later life. Instead global, regional and national patterns are still clearly identifiable. This supports the central argument that no single spatial logic is dominant but that different spaces overlap and confront each other across a range of dimensions.

Clearly we hope that the book makes a positive contribution to the development of research on the inter-relations between ageing and globalization. For that reason, we are very happy that the book is part of a wider series on Ageing in a Global Context, that is published in association with the British Society of Gerontology. However we are aware that the book raises a number of empirical and theoretical challenges for gerontology that require future work. Our first challenge as gerontologists must be to extend the breadth and depth of data collection about ageing and later life to encompass all countries around the world. Secondly, we need to adopt a more critical perspective when we are forced to rely on chronological age in existing data and should press survey organisers to include alternative measures of age(ing). Finally, we need to develop better theoretical and empirical models that can deal with the complexity of multiple spatialities and the interrelationships between them. From a social gerontology perspective, this means that we should not rush to discard the nation-state as a key focus of study. It does mean, however, that we do need a new vocabulary to describe its present incarnations.

Dr Martin Hyde is a Senior Lecturer in Sociology at the University of Manchester. He is a sociologist with a long standing interest in ageing and later life and has published on a wide range of topics from quality of life, work and retirement, health inequalities and consumption in later life. His new book ‘Ageing and Globalization’ with Prof Paul Higgs is published by Policy Press. He has been involved in a number of large scale studies including the English Longitudinal Study of Ageing (ELSA), the Survey for Health, Retirement and Ageing in Europe (SHARE) and the Swedish Longitudinal Occupational Study of Health (SLOSH). He co-ordinates the Integrated Datasets in Europe for Ageing Research (www.idear-net.net) network and is an Associate Editor for Ageing & Society and BMC Geriatrics and Gerontology.

[…] Studies of older age requires an understanding of the possibilities of life for older people across the whole world and not merely those of in the developed West, and to investigate the functions of political […]