The Past in the Present: Ageing and the Workhouse Inheritance 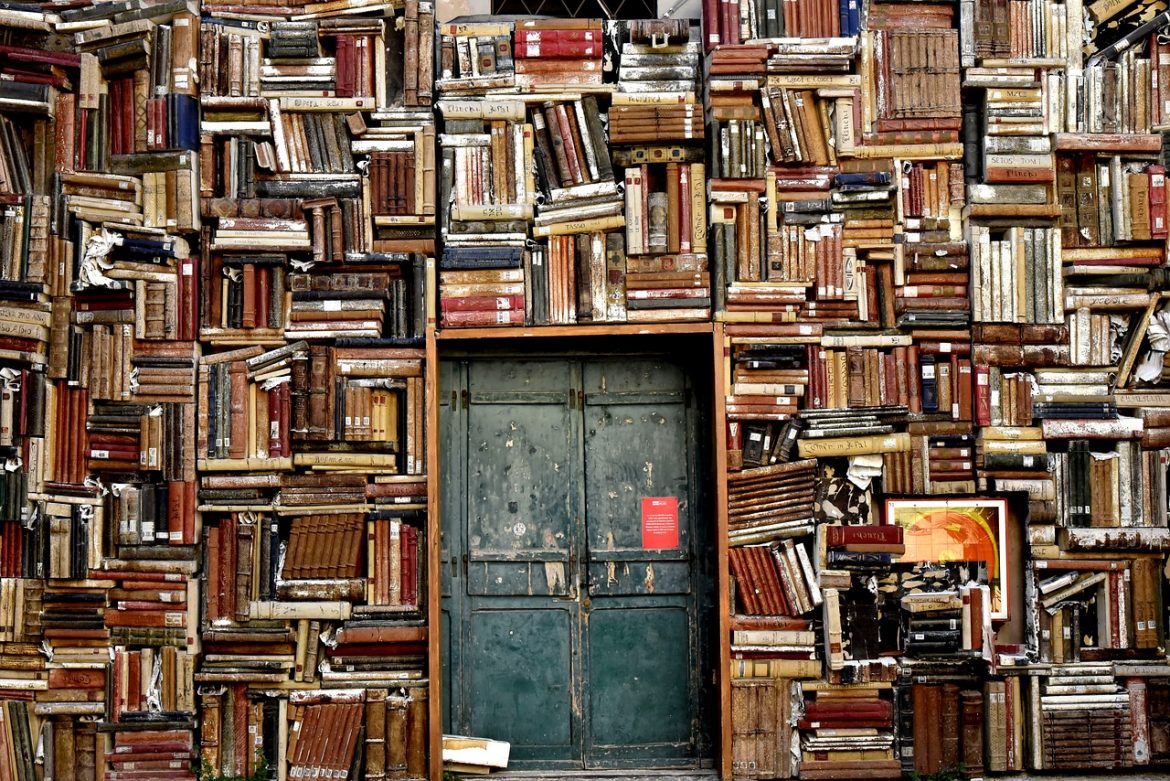 The complexities of population ageing continue to raise critical questions for society and researchers. As the numbers of older people continue to rise globally, the social and cultural mythologies of respect and care for the aged, confront the lived realities of elder abuse and exploitation. Responses to the demographic transition emphasize a general lack of preparedness for living in societies characterized by advanced ageing as the norm. Reactions to this emerging pattern vary, but often position the older person as an object to be warehoused, with a minimum package of essential services to ‘facilitate’ their remaining time and eventual death. Ageism is a norm that requires direct confrontation.

The concept of a specialist ‘facility’ for older, medically unwell people is not a new one. Rather, it has a long history characterised by many of the issues we still encounter in aged care (see below). A consequence of this historical development is that many individuals are considered to be ‘at risk’ in environments that purport to care for them. In addition, under prevailing neoliberal thinking, the human need for care and support are couched in either charitable terms (the deserving poor) or those who failed to prepare for old age (the underserving poor). Much of the present discourse, therefore, would seem to repeat foundational attitudes with deep historical antecedents.

One key aspect of the complex history of aged care is the role of the workhouse system, especially in the English-speaking countries, in producing a social morality of ageing that was several centuries in development and whose effects, including attitudes and policies, persist to the present day. My position here is that we have inherited a mix of positive and negative discourses around ageing that have continuing impacts on older people in contemporary society. This crucial aspect of aged care ‘policy’ is often ignored or minimised in current discussions about aged care policy and funding arrangements. And yet its pernicious effects can be seen across social care systems and the many countries that owe many of their social policy assumptions to a British influence. Many of these were encapsulated in the workhouse system, its funding and administration and the social morality that emerged in its shadow.

The workhouse, providing what was known as ‘in-relief’, was an integral component of the English Poor Law system that, despite various reforms and restructures, persisted from the early 1600s until the formation of the National Health Service in 1948. These institutions ranged in size, range and quality (some were even called ‘Pauper’s Palaces’) but by the mid-19th century a number of inquiries, such as the Lancet Commission, into living conditions and healthcare in the workhouse system found conditions that were shocking. As the 19th century progressed, many workhouses established infirmaries to care for the often medically unwell populations they housed.

The contemporary aged care sector and geriatric medicine look like a solution to the problem of ageing and that, I suggest, is part of what is wrong with contemporary attitudes and responses. It is inconsistent on the one hand to hail the successes of medical science while, on the other, bemoaning the needs of older people for health and social support as ‘burdens’ on families and the economy. It also illustrates the intellectual and policy mistake of treating economic issues separate from the social environments in which they occur; environments in which ageism is already the norm.

A concern here is with the continuation of such historically shaped attitudes towards older people, especially dependent older people, into the present day. This is especially problematic in the way vulnerable older people are positioned in ‘care’ environments where poor regulation and oversight are known to occur. What systemic responses are we likely to see going forwards by governments and regulatory authorities to ensure such abuses are both minimised and responded to appropriately, including the use of existing legal mechanisms? The current Royal Commission into Aged Care in Australia may prove salutary in this regard, for good or ill. The confirmation of its establishment and terms of reference are already help highlight existing abuses within the wider aged care system.

We know that cultural tropes of the ‘respected elder’ exist in many cultures but that the reality of elder abuse is growing globally as the numbers of older people expand and traditional social relations fragment. As people increasingly relocate to cities, these conflicts can only grow in variety and intensity. In effect, I suggest, ‘successful’ ageing as it is currently characterised is a reflection of successful societies and communities that view older people as fully human and not simply inconveniences to be removed from public view or blamed for their failure to have anticipated their own longevity. The perception that older people should age independently and well, or not at all, is far from being a response to population ageing. Rather, it is a deep socio-cultural phenomenon with a long and complex history.

Today we tend to forget that geriatric medicine is barely a century old as an area of expert medical inquiry and, from the beginning, the views of doctors towards the old and poor, in particular, were very mixed. Geriatric medicine’s emergence was closely correlated with the workhouse system, especially in the United Kingdom, and only the least able (or more empathic) doctors were likely to seek employment in the workhouse system. Marjorie Warren was one such pioneering doctor who took the role of Medical Superintendent for Warkworth House, a workhouse acquired in an organisational restructure (some things don’t change much), in the 1930’s. By the mid 1940’s she was publishing in the BMJ about the need for an organised geriatrics, and reshaping institutional care of the aged. Even then, many workhouses were simply ‘rebadged’ as aged care facilities under the newly emergent National Health Service.

People also forget that Florence Nightingale was not only a champion for general professional nursing and an innovator in data analysis methods, but an advocate for the improved care and treatment of workhouse inmates. Throughout much of the 19th century she was an active advocate for the integration of nurses, and their training, within the workhouse system. Often her efforts were frustrated but over the course of the 19th century medical and nursing care became the norm in workhouse hospitals. Sickness was itself often a key reason for accessing the workhouse system and some workhouse hospitals had up to 1,000 beds, often fully. Modern geriatric nursing can therefore point to its origins in this same environment, even earlier than when medicine decided ageing was a legitimate focus for specialisation. The gradual decline of the workhouse system and the growth of a formalised geriatric medicine did not, however, mean a retreat of many long-held attitudes towards destitute and medically unwell older people or the costs of their institutional care. In fact, if we consider the inquiry system commonly used in patient safety, we can see that older people remain at elevated risk in almost any part of the healthcare system.

The murders committed by Doctor Harold Shipman were conducted in a general practice environment and the majority of them were vulnerable, elderly women. The Francis Inquiry focused on Mid-Staffordshire Trust abuses of older patients that were increasingly obvious to visitors and staff alike, which resulted in somewhere between 400 and 1200 premature deaths due to ‘poor care’ and outright neglect. While the more recent Gosport Hospital inquiry showed how poor supervision of geriatric care, provided by a GP in this case, seemed to be the norm. This general scenario of institutional abuses goes back at least to the Ely Hospital Inquiry in the 1960’s and documented in Barbara Robb’s book Sans Everything (1967) in a pattern which, I suggest, is a continuation of the attitudes associated with workhouses (and asylums), and the often abusive treatment of vulnerable older people in care settings more broadly.

After more than two centuries of regular and often systematic abuses against vulnerable institutionalized groups, including older people, what does the future hold for ageing and aged care? The role of gerontologists must surely be pivotal in this regard because both research and activism are essential if we are to break this cycle of sustained mistreatment. The role of an historical gerontology is to both expand our understanding of how ageism and ageing policy came to be the way they are, and to map the impact of changes in aged care policy and practice as the field progresses. This includes a conscious acknowledgement that the past is always present in our cultural and societal responses to ageing as a process and to older people as individuals.

Hamish Robertson is a Senior lecturer at the University of Technology Sydney (UTS) with 15 years’ experience in ageing research. Robertson is a geographer with experience in health, ageing, disability and multicultural issues. His PhD research was on the geography of Alzheimer's disease and is interested in spatial science applications in the health, ageing and disability sectors including spatial visualisation as a tool for collaborative research and analysis. Robertson is also writing in the areas of big data, health informatics, 'race', diversity and cultural heritage issues.

Masculinity and Aging in Home Support: The Challenge of Unwanted Sexual Attention

Thank you for introducing me to the concept of ‘workhouse inheritance’. It really resonates with me – growing up in London, England, my grandmother (1886-1986) used to frequently refer to the workhouse. As a working-class child orphaned in the late 19th century, she described how the workhouse overshadowed her early years, as the threat of being sent there was used to ensure subordination and good behavior. As an older adult, she lived alone after the death of her husband in 1961 (the year I was born) until her admission to hospital a few weeks before her death in 1986. As you so rightly say, although no institutions bore the name “work house” after the NHS was founded, she continued to fear being institutionalized or sent to the workhouse. In my memory, she always couched such fears in relation to how grateful she was to have a family to care for her. She was well cared for and had six children that survived to adulthood, five of whom were involved in her care. The eldest, her only son, went most mornings and evening to make her meals. He did this until she died and he was aged 82. I am so grateful that she did not face institutionalization and she did not have to experience the disgrace this would have brought her.

Hi Elizabeth,
Thank you very much for your comment. My apologies for the delay in responding. I am glad that the ideas I am trying to communicate mean something to people who have experience of these issues and understand the history. Lucky that the ICGN is such an eclectic group! While there was not room to labour the point, I do think that the imposition of high Victorian social morality as the social norm has had ongoing consequences for the poor and the weak. Much of contemporay political morality reeks, in my opinion, of the same values and basic ideas. Not to frame it too lightly but we do not seem willing to escape history in the 21st century…
Regards,
Hamish