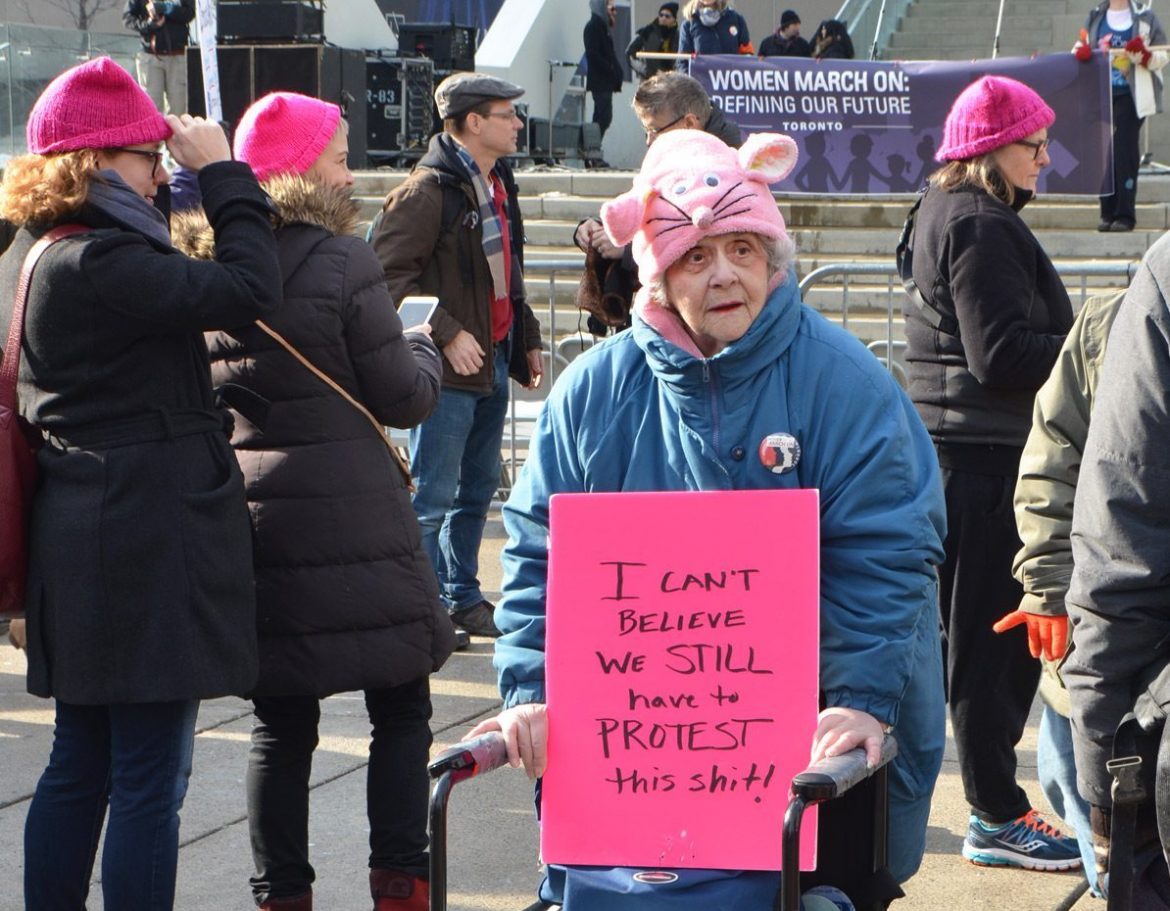 Dementia is, first and foremost, a political category. As people with dementia around the world begin to mobilise and challenge the paternalistic and disempowering excesses of service provision and policy-making, the time is right for a more radical drive within research and academia. We argue in this opening blog of the Critical Dementia Studies Network for the need to think dementia differently. In particular, we wish to advocate for coalitions with postcolonial, feminist, crip and queer movements; the implications of which remain largely unexplored in the field to date. We take our lead from emerging arguments in favour of identifying ‘collective affinities’ and building ‘flexible coalitions’ as a route to achieving ‘accessible futures’ (Kafer 2013).

There are two lines of thinking we want to promote as part of an alternative agenda for dementia studies. The first concerns the pressing need for more intersectional analyses; stepping away from homogenising discourses predicated on the elliptical catch-all of ‘people with dementia’ that currently dominate debate in the field. It is overdue that dementia studies become accountable to the diversity of those who are living with the condition. Failure to disaggregate the category of ‘people with dementia’ across policy, research and practice serves to hide differences and mask inequalities. Consequently, the discourse of ‘living well with dementia’ much like that of ‘successful ageing’ has largely side-stepped reference to the ways that gender, ethnicity, class and sexuality position people very differently in their efforts to manage life with the condition (despite the long- standing and ground-breaking intersectional approaches to dementia taken by Wendy Hulko and colleagues). Thinking dementia differently also means moving beyond a narrow inward-looking focus on dementia itself to consider how research with people with dementia might offer a critical standpoint to unpick and expose what’s been described as ‘cognonormativity’ (King 2016) or ‘compulsory ablemindedness’ (Kafer 2013) and the broader ableist interests embedded but unseen in our day-to-day lives.

Our second proposal is for the need to better understand what is particular and distinctive to dementia, conceptually, discursively, and experientially. In part, this agenda reflects the way in which dementia has historically been ring-fenced as a ‘health responsibility’ and consequently left out of broader analyses of disability and ageing. The canons of disability studies and social gerontology have been built largely through exclusion of dementia, and there remains an unspoken anxiety that opening up to dementia might risk ‘re-medicalising’ the hard-fought territory of sociological understandings of disability and later life. But does this mean the way forward is simply to subsume dementia under the banner of either disability activism or an age-friendly agenda as some commentators (Shakespeare et al 2019; Buffel at al 2017) have recently suggested? Or, can we draw upon these fields to forge a more critical take on dementia, in its own right?

Dementia sits at the intersection of ageing, disability and mental health but dementia studies has been slow to embrace or benefit from the ideas and political resources developed within these related fields. Shakespeare and colleagues (2019) recently observed that ‘dementia and disability seem like planets spinning on different axes’ and in part this is due to how dementia has been cast as a particular type of social problem. It is at once the object of pity and compassion but also depicted as a grave threat, likely to overwhelm ‘our’ economic and social stability according to the alarmist demography prefacing almost every policy output related to the condition. To be ‘with
dementia’ is to be at once feared, pitied and burdensome but rarely counted as one of ‘us’.

We need to ask questions about the work done by the category of ‘dementia’ – how it organises and separates people, and what is ruled ‘in’ or ‘out’ of the ways we think about difference and commonality. Unlike the burgeoning field of critical disability studies (reviewed recently by Goodley et al 2019) dementia studies has so far largely failed to consider how approaches to dementia might help disrupt or destabilise commonplace assumptions and everyday social and cultural practices. In short, thinking in the field has started to fossilise. How often, for example, is discrimination against people with dementia cast as stigma and a matter of managing interpersonal dynamics rather than seen as a question of structural oppression? And, as Goodley and colleagues (2019) have similarly asked of disability – how often is coping with dementia deemed a matter of character and a question of resilience in the face of adversity rather than linked to processes of social exclusion and political disempowerment? To try and challenge this stasis we need to strengthen the relationship between academia and dementia activism and seek out the affinities and potential coalitions that provide shared ground for all those who have been penalised and demonised through policies of austerity and widespread cuts to support and services (Ryan 2019). Ultimately, a move toward critical dementia studies is a chance to ask afresh what dementia means, what it does and the outcomes it has for people. This will help us map out alternative pathways to inclusive futures, and to challenge the injustices of punitive welfare policy through joining forces to tackle oppression and disempowerment.

The launch of the Critical Dementia Studies Network has been made possible by a grant from the Swedish Research Foundation for the Humanities and Social Sciences. Our ambition is to bring together scholars and activists interested in forging a critical dementia studies agenda, through workshops, symposiums, and panels at conferences as well as online activities. If you are interested in joining the conversation and taking part in future activities, drop us a line!

Get in touch with Richard Ward and Linn Sandberg.

Like to attend our second workshop in Edinburgh, Scotland, October 28-29, 2019? We will focus on the topics of activism, anti-racist and post-colonial approaches in dementia studies.

Linn Sandberg is currently working as Assistant professor in Gender Studies at Stockholm University with a project on Alzheimer’s disease, gender, sexuality and intimacy is a research fellow in Gender Studies. Sandberg has a PhD in Gender Studies from Linköping University, Sweden (“Getting intimate: a feminist analysis of old age, masculinity & sexuality” 2011) and is also affiliated with the Centre for Aging and Society, Trent University, Canada (with a grant from Forte). Linn’s main research focus is on gender and sexuality in intersection with old age and ageing. Her doctoral study has led to a number of publications in journals such as “Sexualities”, “International Journal of Ageing and Later life” and “Tidskrift för genusvetenskap”. Linn has also contributed to “Routledge Handbook of Cultural Gerontology” (2015), with a chapter on sexuality in later life.

The Past in the Present: Ageing and the Workhouse Inheritance

“The world seems to be designed against the elderly” – how can emerging technology work for older people?