Success in Old Age; Only for Select Ageless Centenarians? Critical Insights into the Measures of Successful Ageing 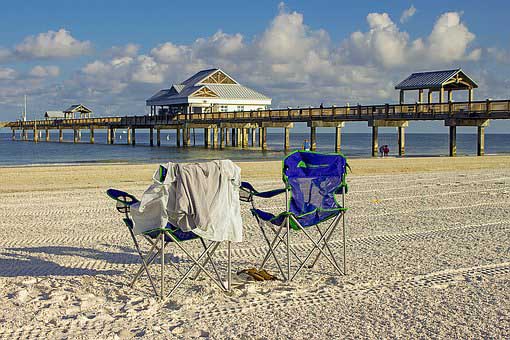 Can success, a term often associated with ageing, be negative? This question, rarely asked beyond critical and more humanistic age studies, may help to better understand the notions of success and the realities of growing older (Peterson and Martin, 2015).

The current demographic shifts have become one of the most important sociocultural, economic, and political challenges of the 21st century. Yet, even though the population is ageing, the process of growing older still connotes negative associations of the ageing experience, lacking sensitivity and a greater interest in the ageing process (Oró-Piqueras, 2014). At the heart of Western cultural understandings of ageing, the experience of growing old is often framed by the narrative of decline, which portrays older individuals as experiencing inevitable decay, frailty, despair, inactivity, and cognitive and physical losses (Gullette, 2004). Prevailing fears of entering old age are visible in the existence of ageism, manifested in medical, political, social and educational structures (Blaikie, 1999; Calasanti, 2008). Examples of ageism in society range from the denial of car or travel insurance to the lower quality of service or losing a job, which, consequently, impact the quality of life and self-esteem of older people. According to age critic Margaret Morganroth Gullette, in the US “ageism has been growing worse, becoming in some contexts […] lethal,” which can be seen in the most disadvantaged social groups and populations (2015: 22). Older individuals are also often seen as ‘problem persons’ (Katz, 2000) for future generations, because they are thought to constitute potential dependencies and social and economic burdens to society that emphasises youth, rejuvenation, dynamism, vitally, and anti-ageing ideals (Calasanti, 2008, 2016; Blaikie, 1999; Katz and Calasanti, 2015). Dependency, seen as normal in earlier stages of life, is perceived negatively in older age; many older individuals are thought to be “stealing” from the younger generations, as if they have not earned their deserved share in society (Robertson, 2016).

Although the successful ageing discourse, which emerged in the US in the second half of the 20th century, has mitigated against negative representations of older individuals by emphasising youthfulness, healthy living, hedonist leisure, among other aspects of ‘success’ in later stages of life, it has not erased the stereotypical representations of old age (Sandberg, 2013; Laliberte Rudman, 2015; Katz and Calasanti, 2015; Calasanti, 2016; Lamb, 2014; Baars, 2012; Blaikie, 1999). The paradox is that, albeit the celebration of longevity in contemporary society, we continue to display individual and collective phobias about the very process of growing older which is visible in the existence of ageism and the narrative of decline (Robertson, 2016; Blaikie, 1999; Calasanti, 2008; Gullette, 2004).

However, history shows that the current ambiguity and contradictions of old age are not a new phenomenon. A bifurcated vision of ageing has already been present in the Classical Greek and Roman societies and their cultural representations. Although Greeks divided the world into two exclusive categories – youth and old age – their classical myths, folklore, theatre, and poetry reveal pejorative notions of old age as a period of ugliness, personal tragedy, bodily deterioration, and misfortune (Gilleard, 2007). In fact, ancient Greeks had gods for almost everything and everyone, except for old age (Baars, 2012). There were no Olympic gods who were old, the eldest being bearded men who displayed youthful energy and the art of seduction (Baars, 2012). Other non-empirical sources and the etymological roots of the word ‘success’ also reveal ambiguous patters of its popular usage and meanings. For instance, the Oxford English Dictionary defines ‘success’ as a neutral experience that may have either good or bad luck (Peterson and Martin, 2015). The French essayist of the 16th century, Montaigne, also points to ‘success’ as a complex life-long experience that involves transformation and loss (Peterson and Martin, 2015). Other French, German and British Renaissance vernacular texts display a bifurcated usage of the word and the ambivalent vision of old age, which implied different kinds of shared experiences (Peterson and Martin, 2015). This culturally constructed trope about the old age and success continues to be deeply embedded in our current perceptions of the latest stages in life.

Therefore, how do we define and understand the very process of ageing? Are we simply lost in the translation of the term ‘success’ (Peterson & Martin, 2015)? More than that, do we seek to create an isolated version of ageing, similar to the extremely popular exotic islands like Okinawa (Japan), Sardinia (Italy) or Ikaria (Greece), which represent the ‘correct’ models of ‘success’ in later life, expressed in healthy diets and siestas, the enjoyment of golden sunsets in sultry climate, and even the oblivion of the existence of death and illness (Robertson, 2016)? There is a need for more critical, subjective, and broader understandings of ageing realities, in which the representatives of older generations are not classified by hegemonic Western-specific norms of success, but rather seen as individuals who go through a transformative journey inwards, as they approach the latest stages of their lives (Liang and Luo, 2012; Wray, 2007; Waxman, 1990). The humanistic tradition shows that the use of ‘success’ implies tensions and that the experience of growing older constitutes many complex and ambivalent meanings (Peterson & Martin, 2015; Hepworth, 2000). Hence, it must be approached carefully, because the voyage through life cannot be straightforwardly defined as either a success or a failure – ageing is a matter of subjective perception that cannot be left to empirical research alone (Cohen-Shalev, 1989; Ruth and Kenyon, 1996; Waxman, 1990; Hepworth, 2000; Birren, 2001; Worsfold, 2011; Peterson and Martin, 2015, Casado-Gual et al., 2016).

Liang, Jiayin, and Baozhen Luo. “Toward a Discourse Shift in Social Gerontology: From Successful Aging to Harmonious Aging.” Journal of Aging Studies. 26, 2012, pp. 327-334

Waxman, Barbara Frey. From the Hearth to the Open Road: a Feminist Study of Aging in Contemporary Literature. New York: Greenwood Press, 1990

Ieva Stončikaitė is concluding her PhD thesis in cultural and literary gerontology. She is a member of the research group Grup Dedal-Lit (U of Lleida) in collaboration with the SIforAGE project, and a member of the ENAS. She is also affiliated with the TCAS (Trent U, Canada) and ACT (Concordia U, Canada). Her current research interests include: cultural gerontology, senior tourism and leisure, and social innovation related to active and healthy ageing research. Ieva is also actively involved in project management under the Erasmus + Programme. More about her research at: http://www.ageing-gender-creativity.udl.cat/fitxa.php?id=13

Is there a Generation Gap? A look into current Political Trends

This a profound and important article, and I particularly appreciate the references to a long cultural and philosophical tradition across different times and nations. We, in the USA, tend to celebrate “success” in all domains (sports, politics, business, and, yes, academia). We can debate about the word “success,” and even try to come up with alternatives (as people do with “retirement”). But that effort doesn’t come to grips with the deep ambivalence we feel (I speak as a 72-year old retiree). Hence, the need for a dialectical approach to these questions. My only additional point (and it’s a small one) is to remember that a non-American, the Roman Cicero, could actually be the original source for the idea of “successful aging.” Further, Rowe and Kahn have another definition, not always remembered by critics of their formulation: namely, “decrement with compensation” (another form of resilience?) I congratulate this author for an important contribution to critical gerontology.

Thank you very much for your interesting comments and suggestions.
Indeed, the humanistic tradition shows that ‘success’ is quite a controversial term that implies ambivalent meanings. Referring to your observation on the notion of ‘success’ in the US, I’d say that ‘failure’ is un-American. Indeed, a dialectical thinking, largely overlooked, would allow to have a broader and more realistic view about a complex nature of the process of growing old.
And YES!, it was Cicero, in his early 60s, who penned the idea of successful aging in his essay De Senectute (On Old Age) and argued that old age in not necessarily a narrative of decline, but connotes many meanings and opportunities. I will keep in mind, though, non-American tradition and Rowe and Kahn’s another definition on “decrement with compensation”. There is a need to redefine the notion of ‘success’ and the idea that people age and die not because it is a natural part of human nature (as suggested by Cicero), but because medical advances have not yet found the necessary tools to cure the diseases people age and die from, as you and Hayflick argue in Has Anyone Ever Died of Old Age? (2002).

Hi Ieva,
Thank you for an interesting and useful piece. And also for referencing my column from last year! Your column raises a couple of specific things for me including the devaluation of older women in a neoliberal context – especially given that the majority of the longest-lived are and will continue to be (for some time anyway) women. And, as a follow on from this, the risks to older women and their health in societies that emphasise a narrow spectrum of masculinist ‘values’ (cruelty and indifference hardly being values). The patient safety field is ripe for this analysis within criticla gerontology given the horrific example of Shipman’s mass murder of mainly older women who lived alone. And many other scenarios in which frail, older people, often women, are treated with indifference as ‘bed-blockers’ and a whole associated discourse of contempt that surrounds such treatment.
Regards,
Hamish

Thank you very much for your comments! Indeed, your previous blog post was very interesting and gave me some ideas for this one:)
I am currently working on my PhD thesis in which I look into some of the topics you mention. In particular, by using a life-course perspective, I examine how growing older impacts the attitudes about the bodily transformations and sexuality of baby-boom women who are ageing in a neoliberal youth-driven society (among other topics).
Age, like race, class, and gender, are social constructs inextricably linked with social inequalities, power relations, and ageism, especially harsh on women because of their feminine condition (Calasanti and Slevin, 2011) and “a narrow spectrum of masculinist ‘values’,” as you state.
Again, thank you for your insightful comments.
Cheers,
Ieva

Hi leva,
Great post! I really liked how you point out the paradox – “The paradox is that, albeit the celebration of longevity in contemporary society, we continue to display individual and collective phobias about the very process of growing older which is visible in the existence of ageism and the narrative of decline (Robertson, 2016; Blaikie, 1999; Calasanti, 2008; Gullette, 2004)” as I try to show the same in my research. I am hoping to publish a blog on this site soon and what I see my work doing is bringing up similar issues to those you raise, but in the context of the promotion of sport and physical activity to older people…stay tuned!
I have interviewed many older athletes over my career whose words and practices, on the one hand, highlight what is physically possible in later life and expressions of personal empowerment, yet on the other hand, the cultural and individual value of youthfulness, denial and/or fear of the physiological realities of old age, reinforcement of negative stereotypes and ageism and more.
Also, I totally agree that “the use of ‘success’ implies tensions and that the experience of growing older constitutes many complex and ambivalent meanings (Peterson & Martin, 2015; Hepworth, 2000).” I have tried to show this complexity in my research too, through my interviews with older adults across the physical activity spectrum.
Best wishes with your PhD – sounds like it will be an amazing journey for you!