Being physically active is just one way to age: Accepting difference and diversity in later life 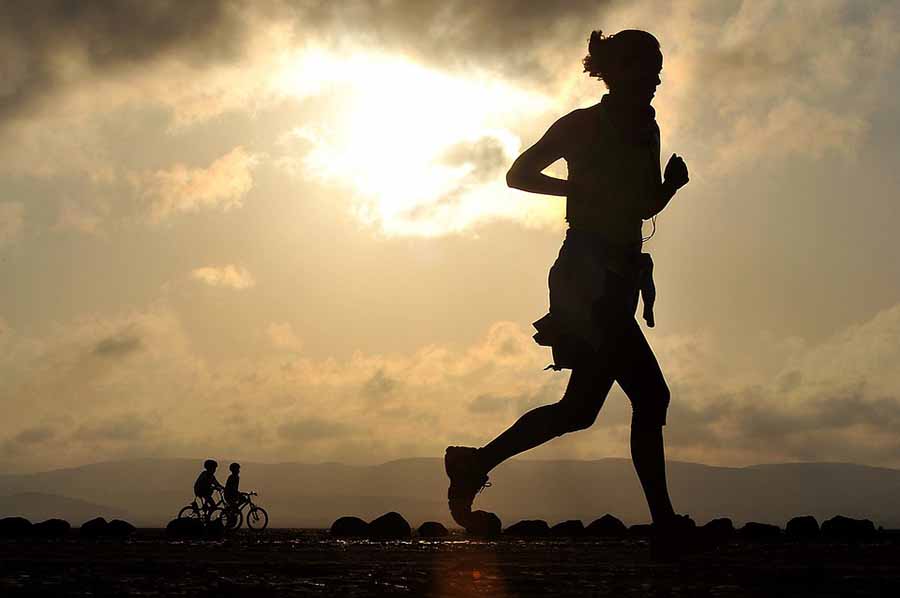 In most developed nations, physical activity and sport participation are promoted ‘to all’, regardless of age, gender, race or circumstance. Alongside the neoliberal shift in social policy more broadly, a taken-for-granted assumption in our culture is that physical activity across the lifespan is inherently ‘good’ (for oneself and society at large) and inactivity or sedentary behaviour is ‘bad’ (for one’s health and for the health care budget) (Gard et al., 2016/2017). However, when it comes to ageing, positioning physically active leisure pursuits primarily as a health measure in promotion and policy is problematic, especially when one considers the randomness of many age-related diseases, the inevitability of the physiological ageing process and the socio-cultural determinants of health outcomes (Gard & Dionigi, 2016). In other words, an individual’s level of inactivity cannot always be blamed for age-related diseases or rising costs to health care, especially in older individuals, due to the many physiological, social, cultural, dietary, psychological etc. factors that affect our health.

My research has found that older people who are highly active (e.g., in the community as volunteers, in exercise classes or engaging in Masters sport), that is, the people who are doing what the promotional messages are telling them to do by keeping physically active, tend to speak judgmentally about inactive older people. Inactive or ‘sedentary’ people have been accused of being ‘lazy’, blamed for the rising health costs, and stereotyped as ‘sitting around in their pyjamas’ watching television all day long (see Dionigi et al., 2014; Gard et al., 2016/2017). In some cases, this ‘othering’ of inactive older adults seems to occur without empathy, compassion or regret. I have also found evidence that highly active older people tend to pressure themselves to remain active, have a heightened fear of ill health and immobility in old age, and feelings of guilt when they are not active (Dionigi, 2016). These findings are more striking when one considers that prior to the 1960s older people, especially women, were not expected nor encouraged to be highly active or play sport (Dionigi, 2015).

Participation in sport and physical activity is now positioned in policy and health promotion as a ‘choice’ that we can all make. The existence of a language of choice in health and ageing – a field of human experience where choice often plays such a negligible role – is a major concern (Gard et al., 2016/2017). As foundational sociologist, Zygmunt Bauman (who died last month at age 91), claimed, “All of us are doomed to the life of choices, but not all of us have the means to be choosers” (1998: 86; see also Davis & Campbell, 2017). Despite the neoliberal argument for personal responsibility that is embedded in social policy, the fact remains that not all of us have the resources, ability, knowledge and/or opportunity for choice, particularly the poor, old and uneducated, and especially when it comes to lifestyle, food and health.

The reality is not everyone has the means, ability nor desire to keep physically active or play sport. So, programs and policies that make physical activity and sport a health imperative ‘for all’, especially as we age, can marginalise and stigmatise those who cannot or do not want to be physically active, thus widening the social gap between the ‘haves’ and the ‘have nots’, heightening individual and cultural fear or denial of the biological ageing process and potentially leading to cuts in welfare support for the aged (see Gard et al., 2016/2017).

This is not to say that sport is ‘bad’ for you or that older people should not play sport or be physically active. Sport participation has many mental, physical and social benefits, which I have also reported in my research (see Dionigi, 2006; 2016 for reviews). My point is that sport participation is just another way (among thousands of other ways) for older people to enrich their lives. It should not be positioned as a health imperative in policy, but as an option for older people to experience. There are multiple (passive, active, social, emotional, mental, spiritual etc.) ways to age ‘healthily’ and leisure plays a key role in this process (Dionigi, 2017). That is why my colleague, Julie Son, and I proposed a special issue for Annals of Leisure Research encouraging scholars to critique the dominant ways physical activity, sport and leisure is promoted to, experienced by, and written about in relation to older people (Dionigi & Son, 2017).

The question we need to address is: how can we enhance the conditions in which people live to empower and enable them to make choices that address their health needs? From this perspective, all the important epidemiological and experimental studies that my research teams (and others in gerontological and exercise science circles) have done, (i.e., studies that show being more physically active and less sedentary has health implications), although helpful in other ways, become largely irrelevant in terms of promoting behaviour change. That is because we know sport and physical activity participation has many benefits, just as we know playing a musical instrument, cooking, painting, singing and having pet have many health benefits, but the latter are not pushed on everyone and the former will never be taken up by everyone. In most cases, the physically active individuals in epidemiological and experimental studies already have the means, ability and desire (i.e., the conditions that empower/enable them) to be active. This observation raises the perennial question – is it the activity per se that is making them healthier than those who are less active or is it the fact that they already have the socio-economic, cultural and personal conditions that enable them to make the choice to be active in later life?

We must stop demonising sedentary behaviour in policy and the media, cease blaming inactivity for disease and increased health costs and begin by valuing and enabling all forms of leisure and lifestyle. Think about how you would like to age/are ageing. Reflect upon the varied lifestyles of all the people you know, whether they are artists, musicians, chefs, writers etc. and consider the way diversity enriches their lives. Think about the words you use to give lifestyle advice. Are you showing an acceptance of difference and diversity in the ageing experience?

Dionigi, R .A. (2016). The competitive older athlete: a review of psychosocial and sociological issues. Topics in Geriatric Rehabilitation. 32(1), 55-62.

Rylee A. Dionigi is Associate Professor, Socio-cultural Dimensions of Sport, in the School of Exercise Science, Sport and Health at Charles Sturt University, Port Macquarie, NSW, Australia. She has published widely in the fields of sport sociology, ageing and physical activity, health, exercise psychology, and leisure studies. She has taught in the sociology of active living and ageing, sport and exercise behavior and supervises students in the sociology of sport, leisure, health, ageing and education. Dr. Dionigi has expertise in qualitative methodologies and extensive knowledge on the personal and cultural meanings of sport, leisure and exercise participation in later life. In her book (research monograph), Competing for life: Older people, sport and ageing (2008), she argues that the phenomenon of older people competing in sport is a reflection of an ageist society which continues to value youthfulness over old age and reject multiple ways of ageing. Overall, her work offers a critique of health promotion trajectories related to ageing and calls for an acceptance of diversity and difference in older age. Dr Dionigi (with Michael Gard) has a scholarly book commissioned with Palgrave Macmillan, UK (Dionigi & Gard, in press). This edited collection problematises Sport for All policy and related Active Ageing and health promotion polices across the lifespan. This edited collection is distinctive because it provides a critical social science perspective on Sport for All or Sport for Life that is aged focussed. It offers an array of theoretical and methodologically diverse perspectives on this topic, and highlights the intersections between different life stages and social, economic and cultural factors in the developed world, including class, gender, ability, family dynamics and/or race. Dionigi, R. A. & Gard, M. (Eds). (in press). Sport and physical activity across the lifespan: Critical perspectives. Palgrave Macmillan, UK. (ISBN 9781137485618). 90,000 words

Associate Professor Dionigi,
thank you for your informed, insightful and sensitive article. Your sentiments ring true in many aspects of health promotion and there is so much that we need to consider in how we provide health education. Health professionals often label those who don’t follow direction as being “non-compliant” with little consideration to the individual’s lifestyle when providing education and so apportion blame rather than examine their approach. Too often we tell rather than ask questions related to lifestyle, culture, routines etc. and work with them.
Your statement –
“Despite the neoliberal argument for personal responsibility that is embedded in social policy, the fact remains that not all of us have the resources, ability, knowledge and/or opportunity for choice, particularly the poor, old and uneducated, and especially when it comes to lifestyle, food and health” needs to be considered by those espousing consumer directed care for older people. It sounds positive but neglects to provide adequate supports and protection for those consumers who don’t have the resources, education, can’t navigate the on-line environment and are vulnerable to exploitation and abuse. Empowerment and choice does not mean abandoning people but requires service providers to be mindful of the multiple facets of the individual’s life, working with the individual to ensure they are informed and enjoy the quality of life that suits them.