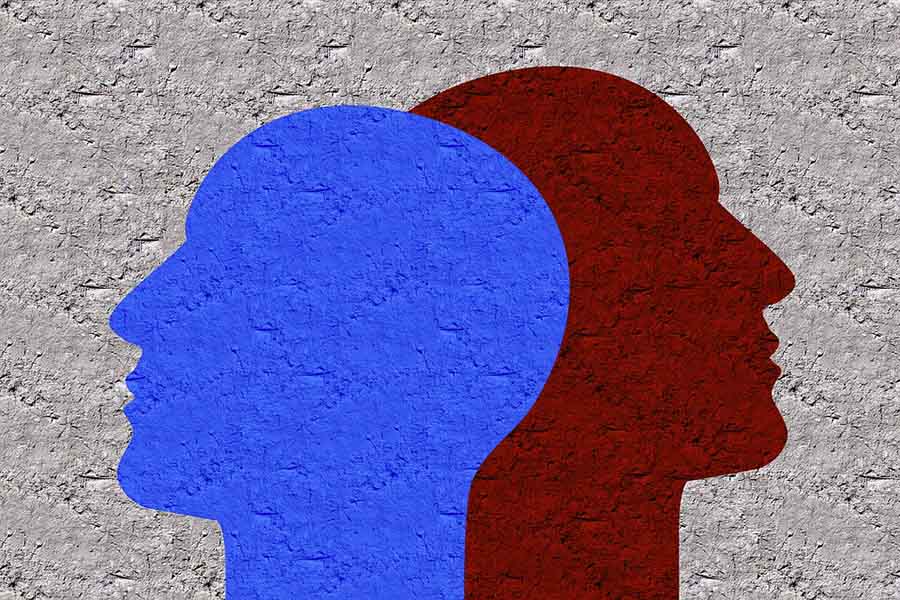 February 2017 saw the publication of a special issue of the journal Sociology of Health and Illness dedicated to exploring the links between ageing, dementia and the social mind. Published as part of the journal’s annual monograph series, the volume allowed a number of key researchers to reflect on the nature of the relationship between society, culture and dementia. The sociology of dementia has been a relatively neglected topic in studies of health and illness despite dementia becoming of increasing significance to most ‘ageing societies’. As is well known, it has been estimated that worldwide there will be over 80 million people living with dementia by 2040. However the significance of this condition goes much further than its epidemiological importance. The effects of this ‘major neurocognitive disorder’ are not confined to the numbers affected by the condition. It must also include the considerable impact that the condition has on the lives of patients and carers as well as the consequences for the health and social care professionals involved in providing support and care to this group of individuals. Dementia is responsible for over half of all admissions to residential long-term care; it impacts more heavily upon families and carers than nearly all other medical conditions and it represents one of, if not the most feared aspect of growing older. Equally, the costs associated with providing care are constantly projected to grow with Alzheimer’s Disease International (ADI) estimating that the worldwide combined cost of dementia care in 2015 was $818 billion USD and that this figure is likely to rise to over US$ 1 Trillion by 2030 (Martin 2015). All of this also has to be contextualised by the consideration that the bio-medical project to find a ‘cure’ for dementia has foundered. While the latter decades of the twentieth century were marked by the concerted effort from the pharmaceutical industry to develop and market effective ‘anti-dementia’ drugs, since the beginning of the 21st century such efforts seem to have fallen by the wayside with a failure rate of over 99%. While attention is currently turning toward ‘pre-clinical’ risk profiling and ‘dementia prevention’ strategies it is likely that understanding the social and cultural aspects of dementia will likely present new challenges to researchers working in the fields of the sociology of health and illness, as well as gerontology.

This is made all the more important because dementia has become identified as being at the heart of the ‘problem’ of ageing societies, with many of the above mentioned features rolled into the idea of ‘apocalyptic demography’ that was first advanced by Ann Robertson in 1990, and is still going strong in many different contexts. Furthermore, the increasing frequency of dementia as a topical news item has meant that it has a growing influence on the social representations of old age as the messages about its effects spread more widely among the general population. Such media exposure generates fear related to the anticipated progressive loss of cognitive and physical capacity of individuals who develop dementia.   This fear of ‘losing one’s mind, and losing one’s place’ in the adult world, has led to dementia being framed as a form of ‘social death’. Despite the efforts of advocacy groups representing families facing the challenges of dementia and the articulation of the sufferer’s voice in personal accounts of dementia; such fears have not diminished and may have prompted calls and means for voluntary euthanasia. This process appears to have occurred in parallel with what has been described as the ‘Alzheimerisation of ageing’. Reinforced by media reports of ‘institutional abuse’ in nursing homes, the intensified search for ‘a cure’, and the dire predictions of demographic apocalypse. The Alzheimerisation of ageing seems to contribute to the propagation of an associated and potentially negative ‘neuro-culture’ spread across the whole of society (Williams, Higgs & Katz, 2012). In. doing so the various contexts of dementia are re-setting the coordinates of what ageing and old age mean in contemporary societies. The increases in life expectancy and the improvement of health at later ages has shifted our understanding of what constitutes normal ageing while creating a much more ‘densified’ and frail ‘fourth age’. While this transformation has been much discussed and debated within social gerontology, it has not received as much attention within medical sociology.

This special issue addresses several themes that exist at the intersection of dementia and medical sociology and the selection of papers exemplifies the editors’ (Paul Higgs and Chris Gilleard) concern to further develop a critical but constructive sociology of dementia; one that is both critical in highlighting the social processes involved in dementia and dementia care, as well as one taking full account of its various cultural and social representations. The idea for the collection drew heavily on the editors own understanding of the role of dementia in positioning a ‘social imaginary’ of the fourth age. The term social imaginary was used in order to project the idea that the fourth age has as much impact on those who are not enveloped by its corporeality as it does on those who through their dementia and frailty already are. Using this specific terminology allows for a much greater recognition of the ways in which social representations can play key roles in positioning the dilemmas posed by dementia and how this might differ for those occupying professional roles.

The collection addresses four broad themes. The first concerns the importance of the construction of personhood in relation to dementia. A key point of departure has been the usefulness (or otherwise) of Tom Kitwood’s identification of the ‘problem’ of dementia as being the product of a ‘malignant’ social psychology. The tendency he observed for services to discount the concerns, feelings and interests of those with the condition led him to advocate a more ‘person-centred’ form of care as a way of recognising and supporting the ‘personhood’ of the individual concerned. This approach has been very influential and a number of the contributions to this volume explicitly discuss and defend that legacy. Kontos, Miller and Kontos in their paper ‘Relational citizenship: Supporting embodied selfhood and relationality in dementia care’ develop this line of thinking by explicitly arguing for a notion of ‘embodied selfhood’. Personhood increasingly overlaps with discussions of citizenship. Here an often implicit connection is made to the activism of the disability rights movement. This is brought out in Birt et al.’s paper ‘Shifting dementia discourses from deficit to active citizenship’, which seeks to consider the advantages to be gained from adopting a disability perspective to this area of practice and research, whilst recognising how profound cognitive disability may pose particular difficulties for this perspective.

The second theme in the collection connects to the issue of care. This topic interrelates with issues of personhood as shown in Tolhurst, Weicht and Kingston’s paper ‘Narrative collisions, sociocultural pressures and dementia: the relational basis of personhood reconsidered’ and in Scales et al.’s paper ‘Power, empowerment, and person-centred care: Using ethnography to examine the everyday practice of unregistered dementia care’. What these papers illustrate is the complexity of the care relationship within dementia and, as Emily Andrews’ paper ‘Institutionalising senile dementia in 19th-century Britain’ shows us, these relations are historically contextualised within both medical discourses and institutional practices

The third theme of the collection is the social representations of dementia and in particular the way in which its presence has been inserted into contemporary culture. McParland, Kelly and Innes’ paper ‘Dichotomising dementia: is there another way?’ suggests that as the title points out it would be a mistake to view living with dementia purely as a failure. They advocate accepting the condition as something more fluid and paradoxical in terms of the possibilities for continuing social inclusion. Brittan et al.’s paper ‘When walking becomes wandering: representing the fear of the fourth age’ describes aspects of the social imaginary of the fourth age that many workings in the field are aware of and which represent symbolic processes as much as practical concerns. In a similar fashion, Goldman’s paper ‘Re-imagining dementia in the fourth age: the ironic actions of Alice Munro’ examines the fictional representation of dementia. It reminds us also that the social imaginary of the fourth age operates at many different levels of cultural practice not just in bio-medical, nursing and social care discourses.

The fourth theme looks at the social contextualisation of dementia. Jones’ paper ‘Social class, dementia and the fourth age’ offers an overview of the social determinants of dementia and dementia care, both in terms of their ‘equalising’ nature as well as those arenas where inequalities emerge. This is complemented by the paper from Grenier, Lloyd and Phillipson titled ‘Precarity in late life: Rethinking dementia as a ‘frailed’ old age’ which sees the many issues surrounding the fourth age as being better understood when viewed through the lens of contemporary work on ‘precariousness’ and the ‘precariat’ (Standing, 2011). Such a conceptualisation places dementia and the fourth age within the broader context of statuses and positions that are less and less secured in present-day society. Among the many effects of this growing precariousness, they argue, is its role in deepening the social divisions of later life.

As editors we hope that this collection will help draw wider attention to the debates and research occurring in an area which has often been ignored by the sociology of health and illness. The debates and issues present inevitably reflect our own concerns but the multiplicity of the authors’ approaches indicate that there are many ways of viewing the topic. While we believe that these papers focus on those areas and social relations where the social imaginary exerts its strongest influence, specifically those caught up with the moral imperative of care and what is sometimes known as the ‘reproductive labour’ of care, it is also the case that all the papers share a desire to ensure that the social relations of dementia provide conceptual and empirical resources for establishing better ways of caring and of continuing to care for a vulnerable minority of ‘senior’ citizens.

Paul Higgs is Professor of the Sociology of Ageing in the Faculty of Brain Sciences at UCL. He co-authored with Chris Gilleard Rethinking Old Age: Theorizing the Fourth Age (2015) and Personhood, Identity and Care in Advanced Old Age (2016). He is editor of Social Theory and Health and has published extensively in both social gerontology and medical sociology. He is a Fellow of the Academy of Social Sciences and the Gerontological Society of America. Chris Gilleard is a visiting research fellow in the Division of Psychiatry at University College London. He has co-authored with Paul Higgs Cultures of Ageing (2000) Contexts of Ageing (2005) and Ageing, Corporeality and Embodiment (2013) and has published widely on social and historical aspects of ageing and old age. He is a Fellow of the Academy of Social Sciences.

Being physically active is just one way to age: Accepting difference and diversity in later life