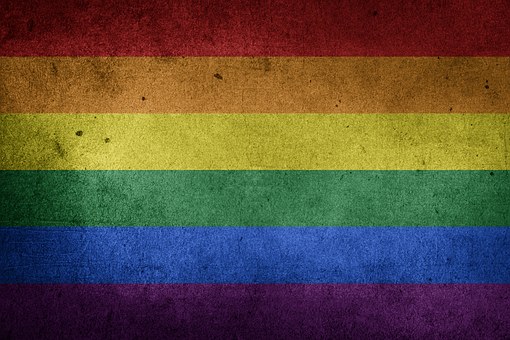 The social work profession has rapidly increased its awareness and inclusion of sexual orientation and gender identity issues in practice discourse in recent years. This increased awareness includes aging issues and extends the profession’s commitment to the well-being of LGBTQ (lesbian, gay, bisexual, transgender, and queer) older adults. Notably, social workers now have access to the National Resource Center on LGBT Aging (2016) and its plethora of resources for promoting the healthy aging of LGBTQ older adults. This practice update offers guidance for practitioners who wish to enhance their abilities to support older LGBTQ clients. Specifically, I propose that the concept of queer aging can be used as motivation for increasing self-awareness and attention to structural issues in direct practice. In gerontological social work, Fredricksen-Goldsen and colleagues (2014) offer evidence-based practice guidelines for working with LGBTQ older adults (83), comprised of ten practice competencies (83). Two of these competencies are particularly aligned with social work values and ethics: 1) Critically analyze personal and professional attitudes toward sexual orientation, gender identity, and age, and understand how factors such as culture, religion, media, and health and human service systems influence attitudes and ethical decision making; and 2) Understand and articulate the ways that larger social and cultural contexts have negatively impacted LGBT[Q] older adults as a historically disadvantaged population (84-85). These recommended competencies challenge social workers to achieve high levels of self-awareness and understanding of structural forces that influence their context for practice. Yet, how to translate these ideals into actual practice skills may not always be clear. I argue that by embracing a queer aging perspective that relies on critical reflectivity, practitioners are better equipped to fulfill these competencies in their work.

At its most fundamental level, a queer perspective challenges social norms that assume universal heterosexuality and gender conformity and oppress those who resist normative expectations for identity, sexuality and gender (Jagose, 1996). In critical gerontology, a queer aging perspective is emerging as a means of addressing the complexities of LGBTQ aging while also incorporating queer concepts into gerontology and aging studies (Brown, 2009; Hughes, 2006; King & Cronin, 2010; Ramirez-Valles, 2016; Sandberg, 2008; Fabbre, 2014; 2015). The goal for developing a notion of queer aging in gerontology is to provide scholars with additional resources for illuminating and challenging the heteronormative social and historical forces that impact aging and the life course. This goal is also relevant and important for practitioners who wish to advance their practice with LGBTQ older adults. The primary aim of incorporating queer perspectives into practice with older adults is to heighten sensitivity to heteronormativity, heterosexism, and transphobia and to bolster one’s capacity to combat these social forces through practice. But how does one actually go about resisting these norms and promoting change? I argue that more attention to critical reflectivity holds the potential to guide this work.

Mary Kondrat, in her article, Who is the “Self” in Self-Aware: Professional Self-Awareness from a Critical Theory Perspective (1999), offers a re-conceptualization of practitioner self-awareness based on a critical examination of the self as “inextricably immersed in society’s structures both as agent and product” (464). Kondrat refers to this as critical reflectivity and argues that this type of awareness means that “micro” level experiences of the self must be understood with respect to “macro” social forces. So, what does this mean in more practical terms for those interested in queer aging? It means practitioners need to be aware of how their own selves both contribute to heteronormative, heterosexist, and transphobic social forces, and are produced by those forces. For example, consider the following case scenario: Cara [1] is a white, cisgender, lesbian-identified woman in her late 50s who generally presents herself in an androgynous manner (e.g. she does not wear make-up, wears her hair cropped short, and wears gender neutral clothing). When Cara shares with her new therapist that she often startles other women in public bathrooms and that this experience is upsetting and anxiety provoking for her, the therapist suggests that she might consider wearing earrings to avoid being mistaken for a man. We see in this example how the therapist’s good intention of helping to alleviate the client’s problem both contributes to and is a product of heteronormativity in society through its perpetuation of gender norms. Alternatively, the therapist could use a queer aging perspective to challenge them self [2] to think about how their own gender presentation and experience with gender norms informs their worldview and assumptions about gender, and they could encourage their client to think about this problem as one of systematic oppression of those who break gender norms rather than an individual level clothing choice.

This example demonstrates how critical reflectivity could be used to help practitioners strive toward Fredricksen-Goldsen et al.’s (2014) competencies for work with LGBTQ older adults through which they are responsible for analyzing their personal and professional attitudes and understanding how larger social and cultural forces impact LGBTQ older adults and the practice context. For practitioners who wish to advance their work with LGBTQ older adults, a queer aging perspective that emphasizes critical reflectivity offers a useful guide. It also helps to bridge so-called “micro” and “macro” levels of social work practice by encouraging direct practitioners to engage with structural issues in their practice. A greater understanding and awareness of their own position with respect to these social dynamics, coupled with a goal of social change, hold the potential to advance social work with LGBTQ older adults and prepare the profession to support future generations of this community.

[2] I intentionally use the pronouns they, their, and themself in order to be gender neutral

Reflections on the Canadian Association of Gerontology (CAG) Conference 2017