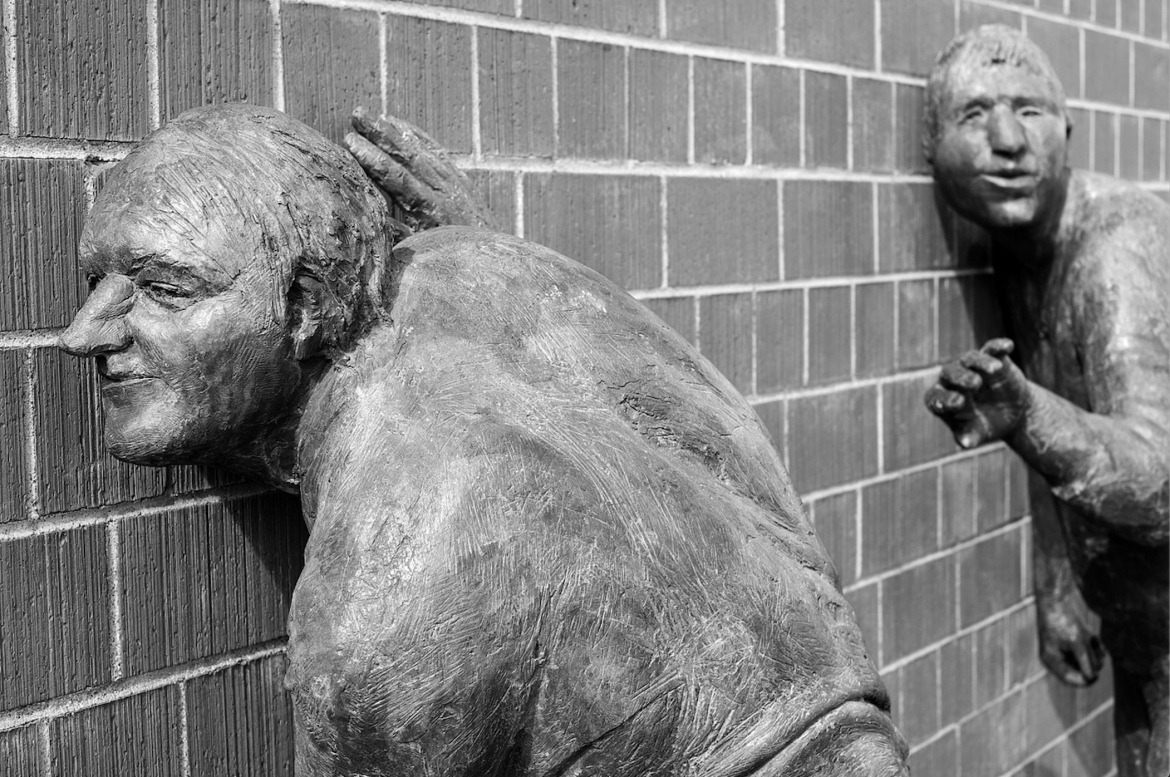 Many people take pleasure in a good movie, a concert, a live performance, an art exhibition or a great novel. Enjoying a work of art or taking part in creative arts can enrich everyday life and strengthen connectivity. It is not only savouring but also an important aspect of belonging and taking part in society. Why then is it that people often are denied access to artful and sensuous experiences when diagnosed with dementia? Are they no longer considered citizens, or are care practices too concerned with buttressing physical needs, like nutrition and hygiene, to see what it takes to make a life? Or both?

These questions have troubled my mind lately, and guided my professional curiosity towards relational aesthetics and new material feminism. Recently, I have started to reflect on how existing theoretical resources may contribute to new understandings of dementia and what a life with dementia might be. Today the popular perception is that a dementia diagnosis equals a long-lasting nightmare feared more than death (Latimer, 2012). This popular perception should not come as a surprise, as dominant medical research tends to emphasize the problems of mental decay when describing dementia, and hence reinforcing the fear. However, whilst it is correct that mental decay normally increases more rapidly with dementia than with other ageing processes, this does neither mean that mental decay denies people a good life, nor that people with a dementia cease to be citizens with a right to take part in society and experience the creative arts.

We have seen an increased interest lately in the use of art as entertainment and art therapy within elder care in general and dementia care in particular. I applaud this trend as it turns out to be of value for people living with dementia (van der Steen, 2017). However, at times, these arts activities make an unfortunate distinction between those with and those without a dementia with the use of art as an instrument rather than as a value in itself. Particularly in the therapy case, the idea is often to use the arts to improve the memory or functioning of the person with dementia, and hence normalise their behaviour. In the dominant medical approach, art therapy locates the fundamental problem of dementia in the brains of individuals, steering therapeutic efforts towards brain functionality that aims to measure changes and document improvements.

An alternative strategy to measuring short and long-term changes in the brains of the diagnosed person, is to lay the ground for co-creative art practices according to the terms of creative arts, involving both people deemed healthy and sick but without categorising them as such. Co-creation of artworks, being it writing, painting, drawing, musicking, dancing or playing theatre, bear potential for aesthetic experiences in the moment (Burnside et al., 2015). Luckily, awareness is increasing regarding such co-creative arts practices and how they may engage everyone, and create reciprocal, emotional moments in which the disease is of little or no importance (Zeilig et al., 2018). A well-known example is the project «Meet Me at MoMA» project, revolving around arts discussions in an art museum, in which curators, people with dementia and next of kin take part on equal terms irrespective of health status. Creative arts appeals to cognitive spectresother than rational thinking, meaning that people may have creative and prosperous lives in spite of mental, rational decay. Creative arts do not demand linguistic perfection, do not ask who you once were but accepts diversity and different ways of being in the world, and creates a fundament for who you might be here and now, and who you might become (Basting, A., 2009).

Aesthetic experiences presuppose openness and a will to let sense impressions pass through the logical, rational and sceptical shields and affect our consciousness. Having dementia might be an asset in this respect (O’Connor et al., 2010). However, to utilise the advantage of dementia for aesthetic experiences requires the active presence of the creative arts – a requirement not fulfilled for most people with a dementia. Most importantly we must transcend the perception of the arts as an encounter between the audience as passive viewers and the artwork as a result of the artists intentions. We need to move to an understanding of the arts as relational, producing intersubjective encounters, through which meaning is elaborated collectively. Gaining artistic experiences in a passive, receptive way might also be fine but what Bourriaud (2002) describes as relational aesthetics, implies active engagement with art practices, and a continuous interplay between artworks and the practitioners. Artwork then, creates social environments in which people come together to participate in shared activities, enacting connectivity irrespective of the participants’ cognitive abilities. This implies that we no longer should deal with the human domain as an independent and private space but as an interaction, encounter(s), and collective elaboration of meaning and knowing.

Bourriaud’s conception of artwork as bringing people together for increased understanding, is fundamental for thinking through the engagement of people with dementia in art practices. Bringing in insights from yet another theoretical approach, namely new material feminism (Alaimo and Hekman, 2008; Barad, 2003), makes the case even stronger. For new material feminism no category, such as sick or healthy, is fixed or clean but enacted (Mol, 2002). The categories are enacted differently in different entanglements with human and non-human creatures, artefacts, and technologies. New material feminist theories understand the world as on-going intra-actions of becoming, and because the world is continuously becoming, each encounter represents potentials for new beginnings. Consequently, existence should not be understood as a static, individual affair but rather a dynamic, collective effort, and attention should be directed towards what goes on between agents, not within them.

With this approach we may understand cognition beyond the individual, not residing within the brains of individuals, but emerging in everyday life through intra-actions, for example through creative arts activities. Likewise, afflictive dimensions of dementia should not be seen as properties pertaining to the individual but as effects of the configurations shaping everyday life (Ursin and Lotherington, 2018). No longer is the main problem of dementia the person diagnosed but the collective in which they take part. The collective should be in focus, and those with dementia and those without should be treated symmetrically. Donna Haraway points out that ‘(…) no one is standard or ill fitted in all communities of practice’, (1997: 38). Who is ‘ill-fitted’ and when, is an empirical question. In creative art practices those considered ‘ill-fitted’ might very well be those deemed ‘healthy’, while those with dementia might fit completely in.

Hence, the goal of rethinking dementia and the arts through feminist material perspectives is to create situations in which the distinction between those with and those without a dementia become irrelevant, and where a connectivity can emerge through common aesthetic experiences.

If you would like to learn more I am fortunate enough to lead a group of researchers at UiT, The Arctic University of Norway, engaged in these issues. We organise our work within what we have called an Artful Dementia Research Lab.

Ann Therese Lotherington is a political scientist and a sociologist with MA from University of Oslo, and PhD from UiT The Arctic University of Norway. She is Professor of Sociology at UiT’s Centre for Women’s and Gender Research and Vice Dean for Research at the Faculty of Humanities, Social Sciences and Education. Her research interests relate to understanding political processes from an everyday life perspective, and she develops and applies a theoretical approach combining new material feminisms and relational citizenship. In her most recent research project she adds relational aesthetics to her theorisation of experimental arts interventions with people living with a dementia.