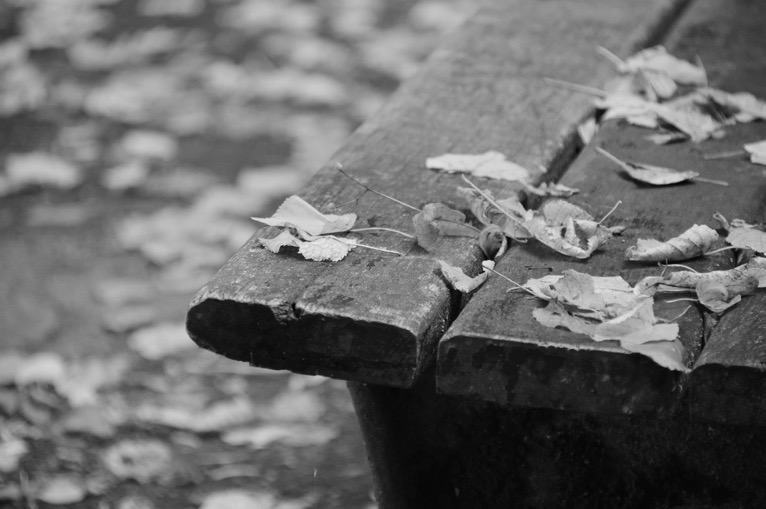 In Switzerland, as probably in many other Western societies, it is getting more and more common that old people are dying in nursing homes[i]. This is due to the general trend to maintain individual autonomy as long as possible. As a consequence, residents enter nursing homes at an advanced age and with complex multi-morbid conditions, and they usually stay for shorter periods before they die. Thus, while nursing homes still focus on creating home-like settings of living, they are increasingly becoming social institutions of dying. However, the institutions lack full recognition of this role.

The occasion to reflect on this issue emerged in the context of a research program financed by the Swiss National Science Foundation on End-of-Life Care. The intention of the research program was to broadly assess the societal relevance of dying and death in Switzerland and to draw attention to topics and fields that are not well known and/or controversially discussed within society. Together with my colleagues Corina Salis Gross, a social anthropologist who has published one of the rare ethnographies on dying in a nursing home (Salis Gross, 2001), Professor Heinzpeter Znoj and PhD student Gabriela Rauber, we received a grant to do ethnographic fieldwork in two Swiss nursing homes. Our research project “End of Life and Diversity in Nursing Homes” was inspired by the social interactionist classics on dying in hospitals by Glaser & Strauss (1968) and Sudnow (1967); it used the notion of ‘doing death’ – inspired by the concept of ‘doing gender’ (West & Zimmerman, 1987) – and specifically focused on how nursing homes ‘do diversity’ in ‘doing death’.

The aim of the project was to explore the constitution of a nursing home ‘doing death’ within the pluralized context of reflexive modernity (as described by sociologists Anthony Giddens and Ulrich Beck). We have published on ‘death work’ and ‘good death’ (Soom Ammann et al., 2016), the complexities of migrant diversity in care (van Holten & Soom Ammann, 2015), on ‘doing migrant specific death’ (Soom Ammann et al., 2018), and a paper on care worker/care receiver relationships will follow (Rauber et al., submitted). Here, I would like to put a spotlight on one aspect of ‘death work’ illustrating the ‘classical’ contradictions of institutional dying in the ‘new’ dress of present-day high-quality nursing home care in Switzerland.

In recent years, Swiss policy has invested in the elaboration of medical Palliative Care guidelines and the implementation of Palliative Care services, focusing on hospital units, hospices and specialized home care services. Additional to this focus on ‘specialized’ Palliative Care, policy also strives to acknowledge the role of other care providers in palliative and end-of-life situations, including long-term care facilities for the very old. Nursing homes are thus supposed to provide so-called ‘general palliative care services’ in the frame of their standard service provision. However, Palliative Care, as a concept of medical end-of-life care, proposes an ideal of a ‘good death’ focused on dignity, autonomy and self-determination, which is difficult to fulfill in old-age long-term care.

Compared to Corina’s ethnographic work in a nursing home 15 years ago, our data showed that the currently strong focus on Palliative Care has also diffused into the nursing home’s ‘doing death’. Thus, one could say, dying in nursing homes is on its way to leave the backstage and to be more prominently performed at the frontstage (cf. Parker Oliver et al., 2006). However, nursing home end-of-life care in Switzerland is characterized by a rather pragmatic variation of Palliative Care, focusing on practices that easily integrate into daily care (i.e. not disturbing or newly legitimizing existing routines). This includes e.g. stopping ‘curative treatments’ (i.e., in most cases, stopping some of the many medications that residents get regularly) when residents are identified as ‘about to die’, leaving residents ‘in peace and quiet’ in their rooms, using morphine to broadly handle what is perceived as ‘unease’ (be it due to pain, anxiety or other reasons), reducing bodily care to a ‘comfort’ minimum. Such practices mold into nursing home ‘death work’ very easily.

Other claims of Palliative Care are more difficult to integrate in nursing home ‘death work’, such as the norm of self-determination. Due to scarce institutional resources and the characteristics of dying in very old, multi-morbid age, self-determination is challenging to fulfill. The claim for a self-determined end-of-life, which Palliative Care principles are so prominently infused with, is in the Swiss context paired by a new law that clearly locates the duty to take end-of-life decisions with the individual and his or her proxies (i.e., usually, close relatives), and not with professionals (i.e. doctors). In the nursing home context, end-of-life decisions usually refer to stopping treatments that may be interpreted as ‘curative’ or ‘life-prolonging’, not forcing residents to eat or drink anymore, or decisions about hospital transferal. However, the elaboration of a shared reference to decide upon in case of persons not being able to explicitly express their wishes, such as patient decrees or advance care planning, is only starting to spread in Swiss society and has clearly not reached the older generations yet.

In this context, nursing homes are currently confronted with specific ‘insecurities of framing’ in the context of ‘doing death’, to allude to Goffman’s notion (1974). In the last days of life, residents are most often not in a position to express their will, and nurses are obliged to interpret minimal bodily signs as expressions of ‘supposed will’. Thus, ‘peacefulness’ or ‘agitations’ are derived from movements of body parts and reactions to touch and wishes to live or die are e.g. judged by observations of how lips and tongues react to puréed foods or liquids. Nurses’ oral expressions on such signs, as well as their practices of documenting, are characterized by discursive constructions of self-determination, as they for example talk about residents that ‘accept’ or ‘reject’ nursing interventions and thus are judged as ‘(not) able to go (yet)’.

This practice of constructing a self-determined resident in nursing home dying trajectories can be seen in the context of providing for a ‘good death’, understood in the Palliative Care sense as a self-determined death. In the nursing home, the interpretations of nurses are of high importance because the actors who, in medicalized modernity, used to make judgements about the end-of-life – the doctors – are only occasionally present in the setting. As such, nurses must step in to take over the decisive role formerly played by doctors. Add to this that relatives of the person in care are not experienced in judging dying trajectories and furthermore often remain ‘strangers’ to the nursing home setting. This is especially the case given the delegation of care responsibility to the nursing home and the lack of meaningful caring roles for relatives in the daily routines of the institution – be their presence regular or occasional. –. Thus, the task of judging dying trajectories and residents’ ‘supposed will’ with regards to living or dying remains with the nurses and nursing aids, who come to have considerable power on shaping dying trajectories through their everyday work.

The need to pragmatically decide in situations where residents are not in a position to explicitly express their will is thus a decisive characteristic of nursing home ‘death work’. The societal norm of providing for a self-determined ‘good death’ for those at very old ages, in extensive need for care and thus dependent on institutional care is subject to interpretation of subtle signs and thus always also includes the possibility of misinterpretations. Furthermore, the norm of self-determination is potentially colliding with institutional ‘death work’ norms (cf. Sudnow, 1967) of providing efficiently and in a constant quality for a variety of residents with diverse needs. Our research showed that nurses implicitly know about these conflicting norms and develop routinized strategies to deal with it. Their above-mentioned discursive construction of residents as actively self-determined, autonomous subjects (e.g. ‘accepting’ or ‘refusing’ interventions, ‘being able to go’) may be interpreted as a strategy to deal with these conflicting norms in everyday practice. Speaking in Goffman’s terms, ‘insecurities of framing’ and the compulsion to implicitly “decide upon life and death” of non-self-determined residents, as one of our key informants put it, are professional constants in nursing home end-of-life care in the context of reflexive modernity. Creating opportunities to reflect on their role in present-time nursing home ‘doing death’, however, holds supportive potential to nurses in their task as old-age ‘death workers’ (see also Soom Ammann et al, 2016 & 2018).

[i] With the term ‘nursing home’ I refer to an institutional type of long-term care where residents live permanently on ward-like entities within larger institutions, being cared for around-the-clock by a team of nurses and nursing aids. This type of institution is still rather common in Switzerland, although during the last years there has been a considerable investment in fostering home-care arrangements and establishing various kinds of assisted living or ‘living at home with services’, as it is often called in the Swiss context. Such services, however, are only partially reimbursed by health insurances and to a large part have to be paid out-of-pocket. More complex care needs can often not be met at reasonable expenses. The vast majority of Swiss nursing homes, on the other hand, is obliged to offer care that is covered by a special old-age social welfare measure taking over when individual resources are not sufficient. Thus, although care services are diversifying, traditional nursing homes still are an important pillar of old-age care in Switzerland.

[ii] Similar observations with reference to the contemporary health system have e.g. been described by US social anthropologist Sharon Kaufman (2015) using the term ‘ordinary medicine’ to refer to systemic norms that constrain individual choice and decision-making.

Rauber, G., E. Soom Ammann & C. Salis Gross, submitted: ‘Giving and Giving Back’ at the End-of-Life. Investments into Reciprocity Relationships between Caregivers and Care Receivers in a Swiss Nursing Home.

Eva Soom Ammann is a social anthropologist, lecturer in Nursing Research and head of the Innovation Field ‘Psychosocial Health’ at the Health Department of Bern University of Applied Sciences, Switzerland, and senior researcher associated to the Institute of Social Anthropology, University of Bern, Switzerland. Her research interests focus on ageing, diversity & inequality, long- term care, and dying & death.