Population ageing has been rising internationally to become the most important demographic phenomenon of the 21st century. It has also been gaining attention in recent years from, amongst others, politicians, economists, dementia ‘advocates’ and the media. Much of this attention frames older people and their rising numbers as a problem for societies that claim to emphasise youth, dynamism and expansion in all things. Indeed, a certain fear of ageing often enters the equation that is both individual and collective – our societies fear old age and its potential dependencies but also claim rational satisfaction that so many more people are achieving advanced age in a world where it was once very rare.

In my own reading and analysis I have identified a number of persistent cultural tropes that continue to define the scope of ageing discourse, often in quite contradictory ways. Here I would like to flag some of these to comment on the ways in which they continue to be used in age-related discourse across many of our ageing societies. What seems problematic to me is that we have a language of ageing in health, social policy and economics that has failed to absorb the fundamental realities of population ageing. Which is to say, ageing is changing the nature of our social worlds and we need to rethink (re-author?) the language and concepts we use in order to adapt to that reality, rather than repeating entrenched cultural beliefs about age and ageing.

We see the Classical Greek and Roman world’s frequent conception of old age as a time of misfortune, decay and ugliness. This is a negative view of old age that is still deeply embedded in our culture. Not surprisingly perhaps, because our cultures of ageing are deeply entrenched and reflective of broader social realities. The more fragile your social position, the potentially more unpleasant your old age, assuming that you even made it to old age. For most people old age was historically a very risky business and in many societies it remains so for various reasons, many of our own making. But we don’t need to make it so for current and emerging generations. The potential for a far more universal quality of ageing exists if we can adapt to its implications. What we do see emerging is a variety of ugly discourses about ageing and old age, especially those that emphasise the virtues of social and financial independence while negating the importance of social connections and social interaction in old age – I remark on this a little more towards the end of this piece.

A second version is the ‘golden sunset’ approach to old age. This lines up nicely with the emergence of utopian visions in the Western cultural canon from the Renaissance onwards. These utopias were often surprisingly authoritarian in design and function but the central concept of an ideal world in which all things were in balance is still with us. There is a place for age and ageing, if often contradictory, in such idealised frameworks rather than it being a reduced to a quasi-human condition characterised by suffering (virtuous or not), decline and eventual death. Much of the Alzheimer’s ‘advocacy’ movement has built its funding model on this extremely contradictory approach to old age and its potential afflictions. The existential horror of losing our culturally-acquired version of identity (i.e. mainly our memories, as though they are an accurate record of our lives) is proffered up at regular intervals in the media as the primary reason for more research funding and the almost desperate demand for a ‘cure’.

The search for the biological ‘keys’ to long-life, by researching centenarians or super-centenarians, can be observed in this paradigm. We seek, and actively promote, some island life version of old age where we all eat the correct amount of vegetables, nap in the afternoons and, apparently, enjoy the company of our neighbours without reserve. Thus Okinawa, Sardinia and more recently the Greek Island of Ikaria have gained huge coverage in the popular ageing literature. These incredibly tiny population case studies are supposed to represent a model for the several billion of us who live very different lives. Knowing their genes and diets in minute detail will apparently open the door to disease-free old age and, especially in the Western context, a low cost, low resource, low engagement accommodation of population ageing. Critically thinking, how likely is this to eventuate and do we have the social and political will to implement such a reality? Is this not another search for optimal outcomes in quite idealised scenarios? Let’s briefly consider how we really used to deal with old age outside of the more privileged classes.

This brings me to the workhouse. This system was the dominant social support strategy for more than 300 years in the English-speaking world and elsewhere. Policy fluctuated around the provision of in-relief and out-relief and who should pay, but the general strategy was consistent. Poverty was the personal failing of the poor and their living conditions should not ‘encourage’ them in their idleness. The institutionalisation of the impoverished aged was so significant in Britain that by the end of the 19th century many such institutions had established (mainly because they were forced to) infirmaries to deal with some aspects of chronic disease and disability. Geriatric medicine largely emerged in the UK because in the early 20th century these infirmaries took on medical superintendents who found huge numbers of poorly treated older people warehoused in these institutions. Clearly, the golden age view of old age was not being implemented here and this system persisted until the establishment of the National Health Service. Yet we can see that its ideological basis is far from absent in the current public policy landscape.

One of the more overt forms this takes in contemporary social and economic theory is the intense dislike for dependency, particularly at older ages. While dependency is normal for many people at various times in their lives, this is construed in a highly negative way in many of our societies. The Canadian philosopher Monique Lanoix has discussed this in some detail noting the highly masculinist emphasis on (idealised) traits such as independence, self-sufficiency and self-regulation in matters relating to health and social care. Others have commented that what we see under rising neoliberalism is a rationale for a lack of empathy towards others. Historically speaking, we have done all of this before and the results were not very pleasant for significant groups within the population. Ageing’s cultural construction is therefore often being framed through the values of the affluent, educated and highly socially networked (not to emphasise the irony) males – or perhaps more reasonably, through the values of a highly dominant sub-set of those males. This is clearly not what population ageing presents to us and hence its continuing problematic position in contemporary society.

Finally, we can see how the definitional nature of age is still carried forward long after its realistic application has ceased. Old age was defined in actuarial terms as a risk management strategy for pension funds in the late 19thand early 20th centuries (basically depending on when governments implemented such programmes). The result is that even as population ageing progresses old age remains a crudely homogenous categorisation by age – usually 65 and over. The irony is that for many purposes, in (un)employment and elsewhere, this minimum can drop into the 50’s – so ageism can be adjusted to accommodate social and economic policy. This is now trending in the other direction so that governments can ‘save’ money on age-related welfare programmes and pretend that ageism won’t affect the outcomes in any way. In the meantime, age and ageing remain poorly theorised in public discourse.

My overall emphasis here is that we can see that these long-established attitudes to age and ageing, and its accountabilities, persist into the present. Whose ‘problem’ are older people, who should fund their ‘declining’ years and are they really ‘stealing’ from the generations to come? The deliberate positioning of ageing as intergenerational conflict is, I think, especially unethical. Certainly we have some less critical gerontology that promotes ‘healthy’ or ‘successful’ ageing but these paradigms tend to seek yet another golden sunset of their own and seem unlikely to negate the more repressive attitudes and policies aimed at the elderly – still, I note, a largely amorphous group with no particular qualities outside of their illnesses and needs. We need a critical gerontology of age and ageing that can affect the way in which ageing policy is designed and implemented. The risk remains that business as usual in this important policy domain will produce current versions of traditional inequalities and systemic failures. We need a critical gerontology to combat these enduring ideologies of ageing in the 21st century. 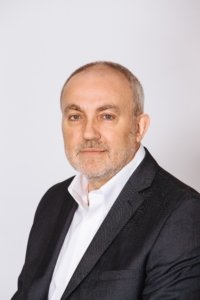 Hamish Robertson is a final year PhD candidate at the University of New South Wales in Australia with 15 years’ experience in ageing research. His current research focus is on geographies of ageing and their implications for aged care, ageing policy and the future of ageing societies.

Older Adults and the Internet: Benefits of inclusion in an on-line world