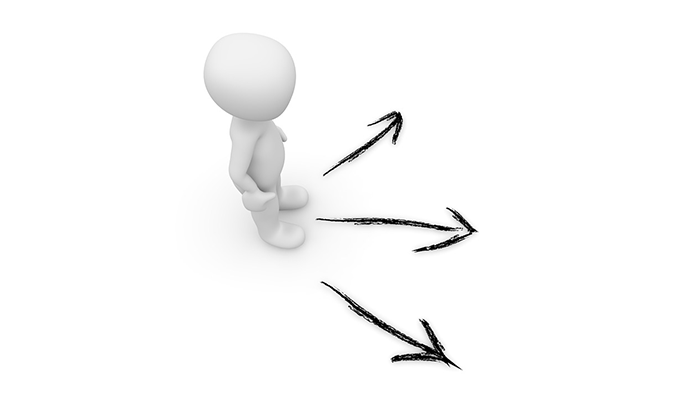 The senior vote is now committed to Donald Trump at a level beyond that of any other age-group, and this is a topic that deserves attention from those concerned with critical gerontology. It is undoubtedly a disturbing phenomenon to many aging advocates, because most people in our world tend to be on the progressive or liberal side of the political spectrum. The “black swan” event of Donald Trump seems, in some ways, incomprehensible, and maybe we would prefer not to think about it; that would be a mistake.

Trump may be elected President, with unforeseeable consequences, and what he represents, I’m afraid, is here to stay.

Bill Galston, in a recent piece from Brookings, notes that voters over 50 identify as Republican at the same level (13% difference in favor) as those with only a high school education (a proxy for socio-economic status). While the socio-economic dimensions of Trump supporters have been widely discussed in the media, age differences have not drawn attention. Galston concludes “The Republican coalition regards increasing diversity as a threat, sees a marked decline in their quality of life since the 1950s, and views the future with pessimism.”

The socio-economic dimension of the Trump phenomenon has been discussed extensively in the media, but the role of age-differences and senior voters has mostly escaped attention.  One exception: Max Richtman (head of the National Committee to Preserve Social Security and Medicare) who wrote an article titled: “Will America’s Seniors Vote Against Their Own Self-Interests…Again?” The question deserves to be considered.

“The Elephant in the Room” calls for attention to the aging electorate and Trump, which I wrote a year ago, Alas, attention to the issue has not been given.  It is time for people in critical gerontology to exercise leadership, at least in thinking and talking about this issue.  Failing to do so would be a failure of our responsibility

Whoever wins the election, Trump and his views have proved to have demonstrable and powerful appeal to senior voters, who will turn out at election time more than other age groups.  What we’re seeing in the USA also has clear echoes in the UK, as well as in other European countries.  It deserves analytic attention and I hope that those concerned with critical gerontology will give it such attention.

Dr. Moody is the author of over 100 scholarly articles, as well as a number of books including: Abundance of Life: Human Development Policies for an Aging Society (Columbia University Press, 1988); Ethics in an Aging Society (Johns Hopkins University Press, 1992); and Aging: Concepts and Controversies, a gerontology textbook now in its 3rd edition. A graduate of Yale (1967) and a Ph.D. in philosophy from Columbia University (1973), Dr. Moody taught philosophy at Columbia, Hunter College, New York University, and the University of California at Santa Cruz. From 1999 to 2001 he served as National Program Director of the Robert Wood Johnson Foundation’s Faith in Action and, from 1992 to 1999, was Executive Director of the Brookdale Center at Hunter College. He served as Administrator of Continuing Education Programs for the Citicorp Foundation and later as Co-Director of the National Aging Policy Center of the National Council on Aging in Washington, DC. Dr. Moody is known nationally for his work in older adult education and recently stepped down as Chairman of the Board of Elderhostel. He has also been active in the field of biomedical ethics and holds appointment as an Adjunct Associate of the Hastings Center.

What an interesting text – I would like to know more about Dr Moody’s opinion why there is this deplorable phenomenon.

I wish I had a good response to your very good question. The fact that yours is the only comment on this issue is a point to be considered. Also to be considered: there seems to be reluctance among aging advocates to recognize that the senior vote is going for Trump and what this might mean. When I meet people at professional aging conferences I tell them the facts about the voting preferences. It is, almost without exception, a surprise to them. Either they are uninformed or, as in reactions to what I say, deeply dismayed. I’ve had similar reactions (silence) when I share this with others. I have gotten similar reactions in some talks I give about climate change. Among elders who are not in denial, there is a tendency toward despair (e.g., “I’m glad I won’t live to see it”). Despair, denial and repression are not good responses to either climate change or the Trump phenomenon. Neither one is going to go away. I thank you for asking a very good question. I await comments from others about what the answers may be.

CORRECTION (and good news). My blog posting here was based on repeated polls (see Pew Memorial Trust data, among others) over the past year. But in recent weeks there has been a shift of senior voters toward Clinton as noted in a recent Wall Street Journal survey and article:
http://www.wsj.com/articles/among-seniors-clinton-grows-more-appealing-1475398801

This is very good news, but of course we await results on Nov. 7. As politicians
like to say: the only poll that counts is the one on election day.