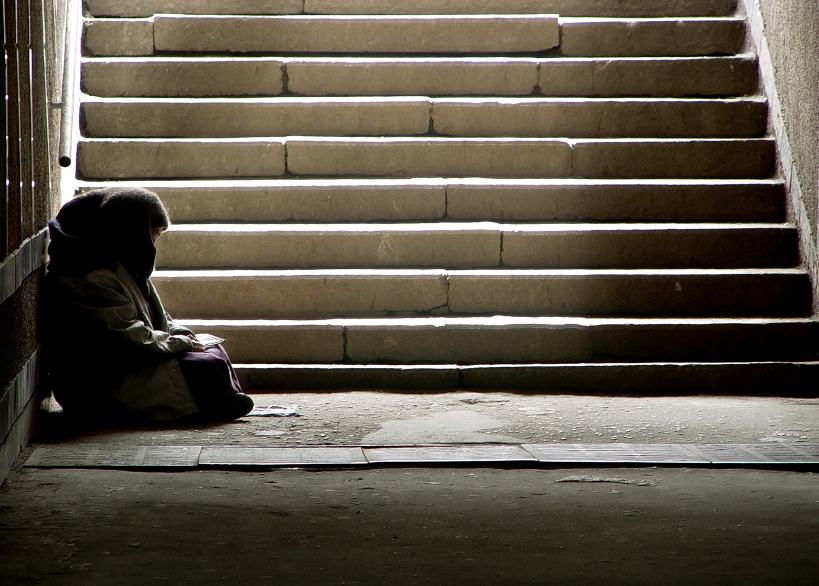 Back in my graduate studies, I remember discovering Nancy Fraser’s (1997) book Justice Interruptus, and in particular, her work on recognition and redistribution. The idea that justice requires both has stuck with me over the years, and is certainly relevant when thinking about homelessness in later life. Yet, since the beginning of our SSHRC funded study (with Sussman, Rothwell and Bourgeois-Guérin- see aginghomelessness.com), I have been perplexed about both the lack of recognition of homelessness among older people, and how homelessness in late life represents in many ways a failure of redistribution – or stated more clearly, a failure in meeting people’s needs across the life course and into late life. Although debates on identity politics, rights and claims have shifted over the years, the language and struggles of recognition and redistribution remain a poignant entry to the problem. What happens between the stated intentions of policy frameworks, social and organizational responses, and identity- or rights-based claims, matters to those considered vulnerable.

In 2012, I turned my focus toward homelessness in later life, and have ever since, been surprised by the lack of discussion of older people’s needs. Although service providers at shelters across the country were all too familiar with the numbers of older people requesting services, much of the literature on homelessness, and the key strategies and debates mainly overlooked the needs of older people. Consequently, older people when discussed were often labelled as an ‘invisible population’. As the project progressed, I became more acutely attuned to the differences between using the language of invisibility (e.g. we can’t see ‘them’) and the processes of exclusion that sustained homelessness into later life. In fact, ‘invisibility’ was in many ways incorrect. Many older homeless people are very visible on the streets of the largest cities in Canada: Toronto, Vancouver, and Montreal. In Toronto and Montreal it is almost as if those who are visible are all older and there is a ‘greying of the streets’. In these cases, the problem may be approached, as less about invisibility and more about recognition. I wanted to know more about where and how older people were (and weren’t) included. I turned to the data. I knew what I was hearing from shelter workers and older people, and was becoming familiar with what I saw through observations—but what did the data say? Why was it so difficult to start conversations about homelessness and aging? What was I missing? Did I have it wrong?

In 2014, we turned to the existing strategies on homelessness, and later in 2015 to the point-in-time counts (PITs) that were conducted across the country, and as estimates of the homeless population, set the parameters for response. We reviewed the 42 local, provincial, and federal strategies to assess the extent to which they recognized and targeted the needs of older people. Our review resulted in three categories of documents: 1) documents with no discussion of homelessness among older people (n=16; 38%); 2) documents with a minimal discussion of homelessness among older people (n=22; 55%); and 3) documents with a significant discussion of homelessness among older people (n=4; 7%). While many strategies were beginning to consider older people as a named subgroup, meaningful inclusion as a means to develop appropriate programs and services was limited. In the process, we also found that indeed, the proportional representation of older people who were homeless was shifting. In 2013, the homeless PIT count in Toronto noted that 29% of those counted were over the age of 51, with Montreal’s 2015 count identifying that 41% of those counted were over 50. If indeed, justice relies on both recognition and redistribution, then including older people as a sub-population is an essential first step to meeting their needs and eliminating homelessness in late life. For more information on what we found, see this article published in the Canadian Review of Social Policy (Grenier et al., 2016):

Amanda Grenier is a Professor in the department of Health, Aging and Society at McMaster University. She is also the Director of the Gilbrea Centre for the Study of Aging. Her work explores the social constructs of aging and challenges taken-for-granted assumptions related to late life. Grenier is currently writing a book on homelessness and new research on precarious aging and social isolation.