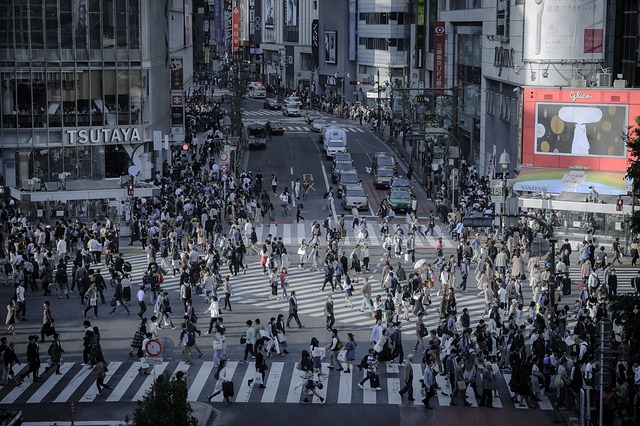 During my fieldwork on family care in urban Japan, I got to know several paid care providers, many of whom acted as important mediators between a complicated bureaucratic system of support services and families struggling to provide care to older family members. Most of these paid care providers had sharply critical views of the system and worked tirelessly to work around it to find ways to provide care even when families were unreliable or abusive and service providers erected barriers. But things were particularly bad when the care recipient was estranged from family, unsupported and living alone. Older people in Japan are 40% more likely to live below the poverty line, and it is estimated that in another 18 years, this will climb to one out of three.

I brought this topic up with a nurse one night as we sat around cups of tea as she finished her day’s work, long after hours. She had been working as a visiting nurse in an area of the city known for its concentration of residents on social welfare, so she had seen up close the full impact this had on older people.

“Just the other day,” she began, “I had a patient who was in really bad shape. His blood pressure was dangerously high and we had to take him to the emergency room. When I asked about what he had been doing for this, he told me that he had just been released from prison a week ago! He said that since then, he hadn’t been taking the medication that he used to, and he doesn’t get the regular meals and everything.”

Information about criminal records are confidential from visiting nurses like her, and fear of stigma and discrimination keep many ex-offenders isolated even in their communities. As I spoke to more care providers, however, several had encountered difficult cases where patients offered up this information, even though there was little providers could do to help them manage all of the special challenges they faced during re-entry.

The proportion of older people in Japanese prisons has risen sharply since the recession of the early 1990s. Around 17% of Japanese prisoners are over 65, double that twenty years ago, and far higher than most developed welfare states (e.g., 2.5% in the UK). International media have picked up on this trend, with more sensational headlines about Japan’s “geriatric crime wave,” likening prisons to care homes, or claiming that the elderly are intentionally allowing themselves to be “locked up and cared for” (Daily Mail 28 March 2016). This narrative would seem to fit the one offered by the nurse I spoke with, and other studies have verified that some inmates strategically choose to be locked up. In Luo (2016, 30), one older inmate explained that although he would never think about committing a major crime like murder, he wouldn’t have enough time if he just stole something off the shelf. He described how he then lit a small fire in the garbage can of the convenience store, and immediately turned himself over to police. Under the hard laws around arson, this stunt earned him at least three years of good food, baths and work.

This rise in the proportion of older prisoners in Japan has been much greater than we would expect due to the ageing of the general population, and unlike countries like the US or UK, ageing is not the result of long sentences that keep young people in prison until they are old. In Japan, crimes are committed by older people themselves. Taking a look at why older men and women commit crimes, what they experience in prison as rehabilitation, and what kinds of support they have on re-entry will tell us a lot about what it means to be an older person in Japan.

The ageing prison population does appear to track the rising rates of poverty and social exclusion. From a social perspective, poverty is much more than simply a lack of cash in pocket. In a modern welfare society like Japan, the poor tend to become isolated, hidden, and excluded from mainstream life. The stress of poverty, compounded by social stigma, shame, and unhealthy coping strategies pose serious risk to older people in particular. Given these circumstances, it may be hardly surprising that convictions of older people for theft and shoplifting have increased considerably. About half of older offenders in their 60s are serving time for shoplifting, and 35% of all shoplifting is committed by people over 60. Another quarter were convicted of petty theft and other minor crimes. Recidivism rates of older people is also high (2/3 in their first five years after release), indicating a lack of sufficient support after re-entry and possibly the desire to return to a more stable and cared for environment.

Social theorists from Foucault to Wacquant have rarely viewed these spaces from the perspective of the older person, but their approaches may be no less valid. If Japanese prisons are being considered ‘care homes’ for the poor, we ought to also understand the evolution of the care home and its roots as a ‘poor house’ of destitute and abandoned old men and women. But the case of Japan shows that we must also place this within a cultural context of social norms and age-related expectations that persist beyond prison walls, and find ways for the community, including caregivers, to provide ex-offenders with a sense of place and belonging.

Jason Danely is Senior Lecturer of Anthropology at Oxford Brookes University. He is author of Aging and Loss: Mourning and Maturity in Contemporary Japan (2014 Rutgers University Press), and editor of Transitions and Transformations: Cultural Perspectives on Aging and the Life Course (Berghahn 2013). He is also President of the Association of Anthropology Gerontology and the Life Course (AAGE). Jason is currently conducting cross-cultural research on the lived experiences of family caregivers of older adults in Japan and the UK with the support of an Enhancing Life Project award from the John Templeton Foundation. His research on Japan’s ageing prison population is supported by the Great Britain Sasakawa Foundation.

Update on Summer and Conference Season

Guardianship of the Infantilized Elder: A Pipeline to the Institution Industrial Complex?