‘I like to think I am in the process of living with loneliness’: Co-developing cross-generational letter-writing with higher education students and older people 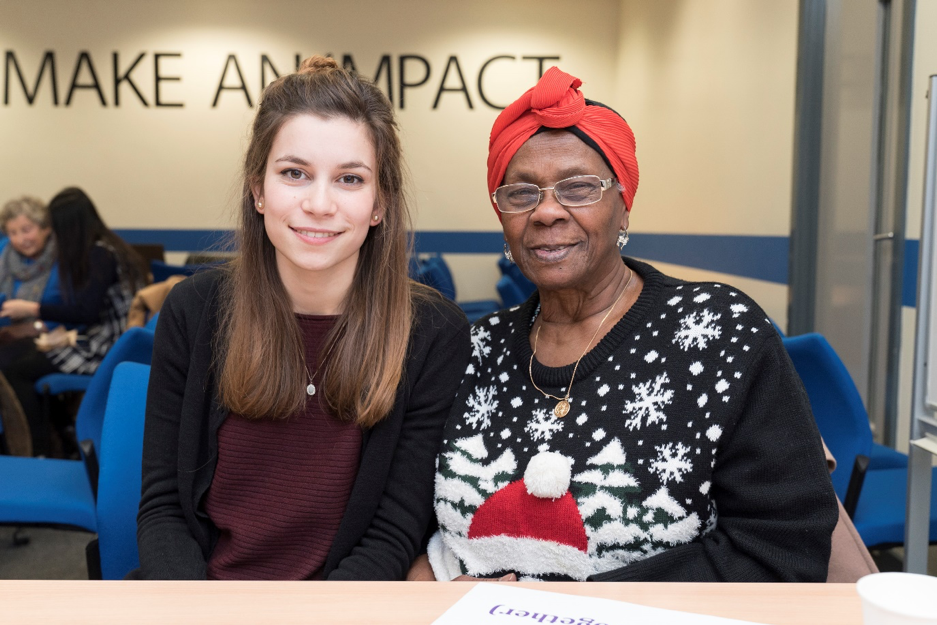 This blog post focuses on research from Writing Back, an intergenerational letter-writing project that aims to shed new light on loneliness by matching University of Leeds students as pen pals with older, Yorkshire residents. From an initial cohort of twenty-eight participants in 2014, the scheme has now grown to include nearly two hundred volunteer letter writers. This program facilitates the exchange of correspondence between undergraduate and international postgraduate students and older people. The letters are then digitised for use in research, producing a body of narrative data that attests to the impact of intergenerational letter writing on loneliness and wellbeing in both age demographics. The full version of this article provides an in-depth analysis of multiple pen pals’ letters and has been published in Research for All (2019).

Loneliness is a universal experience (Mijuskovic, 1996) and one that we are all likely to encounter at some stage during our lives. Whilst notoriously difficult to quantify, it is generally agreed to be the emotional state caused by the discrepancy between the amount of contact that we have and the amount of contact that we desire (Perlman and Peplau, 1981; de Jong Gierveld, 1987). We can have multiple friends and family members yet still feel lonely and long for greater and more fulfilling human contact.

In a review of health and social interventions for older people, Ronzi et al found that mentoring programmes led to improved ‘confidence, interactions and relationships and {people} feeling valued’ (2018: 310). Intergenerational initiatives were found to have had a ‘positive effect on various health outcomes’ and, in fourteen cross-generational studies, regular interaction between people of different ages led to participants feeling ‘more valued, included and appreciated’ (Ronzi et al, 2018: 25-26).

After examining fifty intergenerational studies, Canedo-García et al. (2017: 2) concluded that they could result in improvements in health and well-being in older adults, contribute to positive behaviour changes in children and assist in the ‘construction of identity amongst adolescents’. Though one of the studies detailed by Canedo-García involved a life-writing workshop (Chippendale and Boltz, 2015), none involved letter writing between different age groups, despite the dialogical and self-reflective nature of this social practice (Hall, Robinson and Crawford, 1999).

Letter writing has been found to be associated with ‘physical and mental benefits across diverse samples’ (Pennebaker and Seagal, 1999: 1252). More specifically, in a ‘short [people] writing campaign’ involving two hundred and nineteen people, writing letters of gratitude was found to improve wellbeing and significantly decrease ‘levels of depressive symptoms’ (Toepfer, Cichy and Peters, 2012; 198).

In this blog post I turn briefly to correspondence between one student and their older pen pal, here renamed as Paul and Georgia. Writing Back’s pen pals shape the course of their discussion in their letters. They are made aware of the project’s objective to use cross-generational correspondence to better understand loneliness but many will not directly approach this topic, instead preferring to discuss this subject via a consideration of homesickness and the role of the community.

In a first letter to his student partner Georgia, Paul revealed that he was ‘really looking forward to exchanging history and ideas’, before writing ‘My wife died just over two years ago … which would have been our 55th wedding anniversary. I am only now getting used to living alone’ (March 2017). In acknowledging the conversational and self-reflective nature of their correspondence, Paul revealed that ‘this summary of the details of … [his] life’ was a ‘way of opening up the dialogue’ with his student partner (ibid.). Paul’s letters were filled with moments of stoicism, as when he further reflected, ‘I have been through a few ups and downs. I like to think I am in the process of living with loneliness’ (ibid.). As a way of alleviating loneliness, Paul had joined a group for bereaved people and was ‘trying to make use of all the time [he had]’ (ibid.).

As is known in the research literature, the death of a partner can lead to increased feelings of loneliness (Dury et al). While Stroebe et al suggest that the effects of this loss on emotional loneliness cannot be mediated by social support (2005), Paul and Georgia’s letters attest to the potential for cross-generational conversation to positively influence wellbeing. Georgia responded with empathy and understanding to Paul’s bereavement, acknowledging:

It sounds as if you have made great progress in the past couple of years. […] That is a great outlook to have in life – I have always been brought up to live everyday as if it is my last one. (April 2017)

For Georgia, this positive attitude was further aided by the act of writing. Responding to Paul’s news that he regularly wrote a diary, she similarly revealed: ‘I write a diary every day […] I find that writing things down about my life and mood is a brilliant way to calm myself down’ (ibid).

Whilst both participants had developed coping strategies to improve their levels of wellbeing, their correspondence also provided them with additional emotional benefits derived through letter writing. In his end-of-year questionnaire, Paul reflected that their intergenerational friendship had helped to change his ‘opinion of modern youth’ and had taught him that ‘There is hope for this world’ (May 2018). The scheme also reportedly helped to change Georgia’s perceptions of ageing and loneliness; in her end-of-year feedback she recognised, ‘Ageing can be a hard process but the pen pal scheme has shown me that it doesn’t have to be a lonely time’ (May 2018).

Writing Back is a project that is ‘genuine and cyclical in nature’, where the results of the engagement are ‘used to influence the organisation’s future actions and direction’ (Age UK, 2011; 2). I am currently developing a postdoctoral project examining the relationship between letter writing and health in contemporary, epistolary narratives. If you would like to learn more about this project or have any questions, feel free to contact me at [email protected]

Binnie, G. (2019) ‘Loneliness and the letter: Co-developing cross-generational letter writing with higher education students and older people’. Research for All, 3 (1), 61–75.

Georgina Binnie is an Impact and Research Fellow at the School of English, University of Leeds and is the founder of the Writing Back project. Writing Back was a finalist in the Individual-led Projects category at the National Co-ordinating Centre for Public Engagement’s Engage Awards 2016. Dr Binnie is a member of Leeds City Council’s Age-Friendly Board, who are working to ensure the success of Leeds as a World Health Organization Age-Friendly Community.

[…] I like to think I am in the process of living with loneliness’: Co-developing cross-generational l… […]