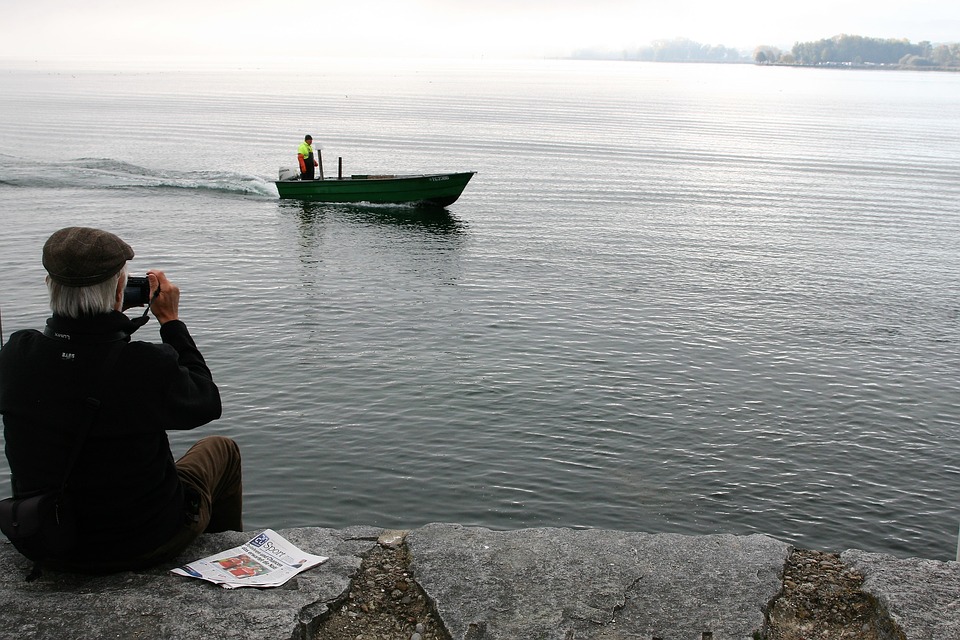 John Mahoney, who played the lovably gruff father of the Crane brothers on Frasier died very recently. Over eleven seasons, millions of us watched and laughed as he and his sons butted heads, found themselves bewildered by one another, and gradually moved from a state of near estrangement to one of affection. I came to the series well after it had begun, and several years had passed before I decided to watch it from the very beginning. Seeing the opening episode for the first time, I was surprised to learn how Mahoney’s character, Martin, had come to share an apartment with his son, Frasier; Unwillingly, following a fall in his own home, and following a two-minute conversation between his sons — who apparently didn’t think it necessary to ask their father what kind of help he thought he needed, or check what his wishes were.

To some degree, this sitcom setup reflects the reality for many families as they make decisions about the care that might be needed by an older parent. As one scholar explained:

“It is astonishing to see how often people “drift” into an unsatisfying situation with an elderly parent, just as they have drifted into other major life decisions. Some people get married, have a child, take a job, volunteer, to take a parent to the doctor every week, and even invite a parent to move in, without investigating, or considering the consequences”

During my time as a graduate student (and having left my family in Great Britain to move to the USA), I was just starting to consider the possibility that my middle-aged parents might, at some point, need some form of assistance. Understandably, perhaps, Halpern’s words resonated with me, and I became interested in the conversations families have about the future care needs of individual family members. As someone whose home discipline is Communication Studies, I have to admit to feeling a sense of validation when I encountered a steady stream of research documenting the many ways in which communicating about the care needs of aging family members could help the people I love ‘age better’ (e.g., Pinquart & Sorensen, 2002). More recently, I’ve focused on a related, more inward-looking idea: that my communication choices have implications for how well I age myself (see Fowler, Gasiorek, & Giles, 2015).

My colleagues and I seized on an idea offered by Ouwehand, de Ridder, and Bensing (2007), suggesting that aging well requires ‘proactive coping’ through “the construction of environments, which make success possible while effectively dealing with losses due to aging” (p. 874). Three things struck Jess, Howie, and myself about Ouwehand et al.’s thinking. First, each of us —regardless of our genetics, our family background, our economic status— has some degree of agency about the way we age. Second, that the ability to construct environments that are conducive to successful aging may rest quite heavily on our communicative choices and actions. Third, if we take the idea of proactive coping seriously, it implies that we shouldn’t wait to start constructing these healthy aging environments until we consider ourselves old!

Recently, Jess, Howie and I developed and tested the Communicative Ecology Model of Successful Aging (CEMSA). Behind the CEMSA is a straightforward proposition: We may not be able to avoid aging, but we can exert partial control over how we experience the aging process by attending to how we speak about it. That is, how we communicate about age and aging, and how we respond to others’ age-related communication, contributes to the degree to which each of us ages ‘successfully’. We’re not suggesting, of course, that our communication is the single most important determinant of how well we age. All the same, we believe that through our communication about aging, we build for ourselves social worlds, realities, ecologies, or environments that can promote or inhibit our sense that we are aging well. Perhaps another way of putting it is that our communication helps us ‘play the hand we’ve been dealt’.

Our first studies examined seven aspects of communication that we believed might shape our emotions about aging and the degree to which we feel we can ‘handle’ growing older: (1) Expressing optimism about aging; (2) avoiding the casual attribution of problems or irritations we encounter to the aging process (e.g., the oft-touted ‘senior’ moment); (3) refraining from teasing others about their age; (4) talking with others about possible future care needs; (5) drawing on information technology to maintain connections to friends and loved ones; (6) responding appropriately to ageist remarks; and (7) being able to filter (and if necessary, ignore) media messages about aging.

Based on a sample of about 450 New Zealanders, we found that three aspects of communication seemed to be the strongest predictors of how well people felt they were aging (with the others not being associated with perceptions of successful aging). The more people reported expressing optimism about aging, planning for future care needs, and using communication technologies, the more they reported aging successfully. In the next phase of our research, we learned that people typically fell into one of three categories. Disengaged individuals reported relatively low levels of communication about aging across the board. As you might expect, engaged individuals are more open to talking about aging. In particular, they express high levels of optimism about aging, actively discuss future care needs, and try to shrug off anti-aging media messages. However, they typically refrain from teasing others about aging and from chalking up frustrations, mistakes, and problems to age-related issues. Finally, bantering individuals tended not to talk about serious elements of aging such as the care they might need in the future, but talk freely —perhaps too freely— about age in ways that aren’t necessarily helpful. For example, although banterers do express optimism about aging, they also tease others about aging, and attribute problems they encounter to the aging process. Generally speaking, individuals who are ‘engaged’ report the most positive emotions about aging, the strongest conviction that they can handle getting older, and most strongly endorse the belief that they are aging well. Those classed as disengaged report the least positive experiences of aging.

Based on our work to date (and that of other researchers), we think we are starting to better understand how communication can contribute to a person’s sense that they are aging well.

Ageing well is no doubt easier for some than others, and we recognize that some people will find that their circumstances limit their ability to “age with agency.” With that said, we do believe that it’s important to communicate mindfully about aging, recognizing that —at least to some degree— we may be able to shape our futures through what we do and say today.

Hi Craig, great article! I share similar views about ageing within the context of my research on sport, leisure and ageing. An article that came to mind when I read yours is below. I understand that it is quite dated now and I have not kept up with what has come since, but I just wanted to mention it: Hopes, fears and expectations about the future: what do older people’s stories tell us about active ageing? AMANDA CLARKE and LORNA WARREN https://doi.org/10.1017/S0144686X06005824 Published online: 01 June 2007.
Thank you for sharing your insightful and helpful research, Rylee

Hi Rylee,
Thanks for your feedback, and the link to the Clarke & Warren piece – it looks interesting and I’ll be sure to check it out!
Cheers,
Craig

ONCE YOU HAVE SAID “We may not be able to avoid aging, but. . . ” YOU RATHER OBVIATE ANY OTHER ADVICE YOU CHOOSE TO GIVE.

IF “AGING” IS SO BAD THAT ALL WE WANT TO DO IS AVOID IT, HOW COULD WE EVER SPEAK WELL OF IT, NO MATTER HOW HEALTHY, WEALTHY, FIT, OCCUPIED, HANDSOME, SEXY,AND INTERESTING WE MAY BE?

iF “AGING” IS VOLUNTARY, SO IT CAN (SOMETIMES) BE AVOIDED, WHAT DOES THAT IMPLY ABOUT BIOLOGY?

The term “aging” is a problem, in several ways, as this example shows. Let’s avoid it.

People could use the phrase “growing older” instead of “aging,” and see what benefits that gives us in terms of logic, argumentation, deconstructing stereotypes, disrupting ageism, and being generally helpful.

See “Against ‘Aging,’: How to Talk about Growing Older,” Theory Culture & Society, 2017.
https://www.theoryculturesociety.org/margaret-morganroth-gullette-aging-talk-growing-older/

I appreciate the link, Margaret. The theme of your comment made me think of some of what George Carlin has to say about the way we talk about age and aging. You’ve almost certainly come across it, but in case you haven’t…

Thanks again for the link to your piece; I look forward to checking it out.