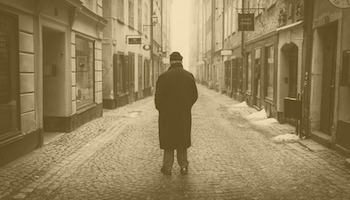 In 2015 the case of Mr Henry Rayhon was brought to public attention as he was prosecuted for sexual abuse after having sex with his wife with Alzheimer’s disease in the nursing home where she was living. Medical doctors and her daughters had earlier deemed her unable to consent to sexual activity due to her illness. Mr Rayhon was later found not guilty but the case points to how sexuality when living with dementia often surfaces a controversial issue, as something “problematic”, While sexuality and intimacy are increasingly discussed as significant and positive aspects of well-being in later life these discussions rarely involve experiences of people with dementia and their partners. Sexual expressions among people with dementia are instead discussed in terms of pathology, and defined through notions concepts such as “hyper-sexuality” or “inappropriate sexual behaviours”. With some notable exceptions such as the Hebrew Home at Riverdale in the U.S., which established a policy for sexual expression among residents already in 1995, nursing homes have been slow to develop any formalised training or policies on sexuality among residents with dementia.

The best way to understand how people with dementia relate to sexuality would actually be to ask questions on sex and sexuality directly to them. However, still, and perhaps not surprisingly, knowledge on the experiences of sexuality among people with dementia and their partners are limited in the literature at the moment. In my ongoing research I thus explore narratives of sexuality and intimacy among couple where one partner is diagnosed with Alzheimer’s disease (AD). Currently seven heterosexual couples living with mild to moderate stages of AD are participating in the study, and interviews are done separately with the person diagnosed with AD and the partner.

The diversity of narratives in my study, both between and within the couples, points to how neither AD nor sexuality and intimacy can be reduced to any singular experiences of either loss and suffering or living well. For two of the female partners, Christina and Anna, who were both in their late 50’s and early 60’s when their husbands were diagnosed with dementia, experiences of sexuality and intimacy are interwoven with experiences of loss of reciprocity in their relationship. They feel they are burdened by responsibilities and grieve the loss of a joint future with their partners. Christina for example expresses how her feeling of having to be responsible for everything and how her husband is changed from AD also impacts on their sexual and intimate relationship, as she feels she can no longer “lean on him” for comfort and assurance. She also feels that she pushes him away because of their increased fighting. They have thus become less and less close, both emotionally and physically after the onset of AD. She says

I push him away in all respects. Physically I’ve pushed him away. But just the other week we had a real row, and then both of us became sad. And I became really sad. Sat there crying and he then came and touched me in a way that, well a caring way. This makes me cry. Cause it was like in the past, a support, he was a support for me. He is not a support anymore. I cannot rely and lean on him.

Christina’s narrative has an evident gendered dimension as she has before been the one to be weak, vulnerable and emotionally dependent on him and that his touch has been a way of comforting her. The gendered dimension of sexuality and intimacy is also evident in Anna’s narrative where she feels she was affirmed as a woman in the sexual and intimate relationship with her partner “I was The Woman in the world. I was the woman and Anders [husband] was the man”. Her experience of him as changed from the illness however means a reorientation of their entire relationship. The sexual intimacy built very much on conversations, of a simultaneous embodied and intellectual intimacy, she tells, and when his intellectual capacities are changing this thus influences sexuality.

For others, however, AD is not as closely associated with changes personhood and sexuality and intimacy continue as a positive aspect of later life. For the 78-year old Henning diagnosed with AD seven years prior to the interview, dementia has deprived him of his masculine identity as a professional, as he can no longer work due to his dementia. However, his way of narrating his sexual desire for his wife and their continued engagement with sexual intercourse seems to enable a continuity with his self in the past and an affirmation of his masculinity. The couple Frida and Folke, both aged above 85, are another example of continued intimacy as part of their positive experience of a relationship with dementia. This couple has already earlier in life negotiated sexuality as a result of a work-life acquired disability and they both speak of how they most of their adult life they have been engaging other sexual intimacies than intercourse. Now in their later life, and with Frida being diagnosed with AD four years earlier, this intimacy holds particular significance. As Frida herself expresses:

From my perspective, we’ve had a wonderful intimate relationship. Today we can’t manage much of it. But then there’s being close to each other, to crawl into each other’s arms and feel both happy and sad.

In contrast to the public discourse, deeming sexual expressions of people with dementia as problematic, either because of problems with consent or because of so called “sexually inappropriate behaviours” in later stages of dementia, my interviews with people with AD and their partners points to how sexuality and intimacy when living with dementia involves multifarious experiences, of grieve and sadness as well as pleasure, comfort and joy.

In recent years, there has been an increasing focus on person-centred approaches to dementia, which seeks to affirm the person living with dementia that is often overlooked within medical discourses. Still this person has rarely been discussed as a gendered or sexual person, with a sexual and intimate past and potential present. It is thus timely to invoke further discussions on how sexuality and intimacy matter as people are ageing with dementia. For more information on my work see here.

Linn Sandberg is currently working as Assistant professor in Gender Studies at Stockholm University with a project on Alzheimer’s disease, gender, sexuality and intimacy is a research fellow in Gender Studies. Sandberg has a PhD in Gender Studies from Linköping University, Sweden (“Getting intimate: a feminist analysis of old age, masculinity & sexuality” 2011) and is also affiliated with the Centre for Aging and Society, Trent University, Canada (with a grant from Forte). Linn’s main research focus is on gender and sexuality in intersection with old age and ageing. Her doctoral study has led to a number of publications in journals such as “Sexualities”, “International Journal of Ageing and Later life” and “Tidskrift för genusvetenskap”. Linn has also contributed to “Routledge Handbook of Cultural Gerontology” (2015), with a chapter on sexuality in later life.

Hairstylists as Cultural Intermediaries of Traditional and Changing Age Norms

How the Creative Industries Can Positively Impact Ageing and Old Age