“It’s so good that you’re looking after them”: Encouraging critical reflection on the work of affirming valued identities in older adults and their carers 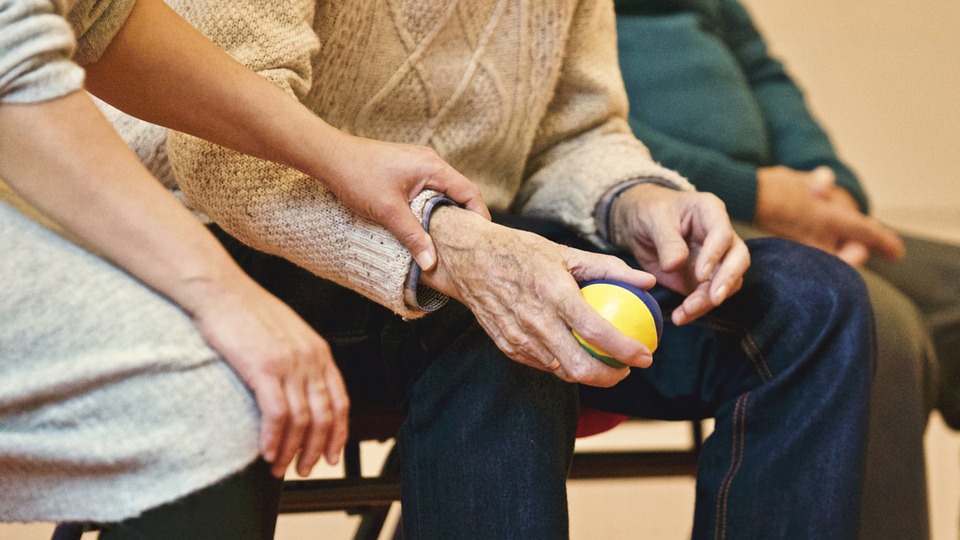 Aging, caring, and dying involve constant negotiation of multiple moral imperatives. The independent senior: taking responsibility to live in the community with minimal reliance on others. The good daughter: taking responsibility to respect her mother’s wishes to remain and die at home. These imperatives, and the discourses in which they are embedded, take on a particular meaning and strength within neoliberal political and economic contexts. What this actually looks like in everyday interactions, however, remains to be more clearly explained in ways accessible to both academic and non-academic audiences.

I recently sought to problematize the practice of ‘caregiver recognition,’ in part because of how praise might evoke guilt or ambivalence for some carers. I started thinking about this during my early research on filial responsibility (Funk, 2008). I interviewed 28 adult children providing support to an aging parent, and asked them about their sense of filial responsibility (see also Funk, 2015; Funk, 2012; Funk, 2010a; Funk, 2010b). Whereas some participants noted that it could be satisfying to have their care contributions validated by others, most were cautious to position themselves as not motivated by a desire for gratitude or validation – in part, they were concerned this would convey that what they were doing was not a ‘loving choice.’ One daughter even expressed concern about being judged for talking about feeling responsible: “it probably looks like, does she think she’s some sort of wonderful thing or something?” (Funk, 2008: p.101). Another daughter expressed the following statement about praise that continues to resonate with me:

“Every day you have people saying, ‘how are your parents, it’s so good that you’re looking after them, yadda yadda yadda. It just comes non-stop. And you sort of feel, well if I did decide I wasn’t going to look after them, there’s nowhere I could live like a human, and have any kind of respect whatsoever (Funk, 2008; p.86).”

This participant was keenly aware of how caregiver praise and recognition drew on and reinforced very powerful social norms.

More recently, I have been exploring the emotional labour of residential health care workers. We asked 26 care aides and nurses how they responded to patients’ and families’ emotional needs. A key way in which many paid care workers sought to help patients and families involved helping them compensate for status and identity threats (imminent death, cognitive or physical impairment, institutionalization). Workers tried to help patients and families cope by helping them feel like their ‘normal’ selves – e.g., through talking about the weather, or looking at photographs. They also often affirmed socially valued identities. For instance, they tried to help patients avoid feeling dependent or burdensome. As one care aide described:

“[Patients] think they’re being a burden and a pain in the backside and so many times I’ve said ‘you’re quiet as a church mouse down here.’ You could be ringing every five minutes and I’m not going to say ‘you’re being a pain in the ass again. You’re wearing off my shoe leather.’ You’re just, ‘you’re quiet as a church mouse. I wouldn’t even know that you were down here.’ Then they feel better.”

Other participants sought to recognize, appreciate and praise families, reflecting awareness that family members may feel guilt, anxiety and helplessness when a family member is institutionalized. One nurse spoke of how she praised family members of dying patients whose feeding techniques needed to be corrected:

“I have a [friend] who sells cars and she is a very good salesperson…and she is working with me a lot on customer service… ‘I see that you’re really helping your mom and you’re doing her mouth care and her hair looks nice and…I’ve got lots of praise for you and I know you’re doing a good job – but the next step is she’s deteriorated. We don’t want her to choke’… things like that.”

This symbolic work of reaffirming valued identities and compensating for identity threats can promote identity security (Funk, Allan and Stajduhar, 2009), satisfaction, and prevent conflict. Although well intentioned, this reaffirmation can also inadvertently reinforce rather than challenge dominant moral discourses of independence, autonomy, and family relationships.

Christina Sinding and Jane Aronson (2003) reflected on a similar phenomenon in qualitative interviewing, proposing that “vulnerability may be produced for research participants: through the intersection of interview factors (an interview strategy, the interviewer’s presence, a line of questioning) with political and discursive surrounds” (p.96). They noted how interviewing could ‘unsettle’ coping mechanisms that bereaved carers and older adults used to maintain their sense of self-worth in relation to morally charged discourses (e.g., a ‘good death’; ‘active ageing’).

In health care settings, patients and families interpret their experiences and negotiate their implications for identities in relation to moral imperatives of care and responsibility, and health care workers might reflect on how they use and respond to these discourses in their interactions. A key problem in affirming identities is that “the valued identities most available for affirmation … are in many cases embedded in the very discourses and policy contexts implicated in … marginalization or suffering” (Sinding and Aronson, 2003; p.112). For this reason, Sinding and Aronson recommend a subtle shift in identity affirmation – rather than saying “I see you ageing well,” for instance, one might convey “I see the ways you are still you” (2003; pg.112).

I further believe that many older adults and carers are themselves aware of the moralized discourses around aging, dying and caring, and that well-meaning attempts by others to invoke these discourses may have inadvertently generate isolation, sadness, even resentment. Further research is needed into how these discourses manifest (and are resisted) in everyday interactions, and how older adults and their carers can be supported in ways that do not obscure the complexities of their experiences, gloss over suffering or reinforce moralizing discourses about aging, dying and care. At least, when we try to make older adults and their families feel better – in research, practice, and our everyday lives – we would do well to be sensitive to the complex nuances of identities, selves and the meaning of experiences.

Dr. Laura Funk (@LauraFunkUofM) is an Associate Professor in the Department of Sociology, University of Manitoba. Her research draws primarily on qualitative inquiry and interpretive and critical perspectives to understand paid and unpaid care work for older, chronically and terminally ill persons, within broader social, cultural and structural contexts. She is also the author of Sociological Perspectives on Aging (2015, Oxford University Press).

Savoring as a Beneficial Practice for Later Life

The Neglect of Ageing

“What this actually looks like in everyday interactions, however, remains to be more clearly explained in ways accessible to both academic and non-academic audiences.”

I appreciate your obvious good intentions.

However, as a former care partner to my mother who lived with Alzheimer disease and who died in August 2016, I am ready-to-explode frustrated with my inability to communicate my experience to the research community and academics, who seem to me to be inaccessible and mostly uninterested in hearing about real-life experiences unless those experiences are wrapped within what-feels-like-to-me an arbitrary box of research rules and constructs that have little if anything to do with the real world in real time.

First, if you want to involve “non-academic audiences,” which I think is essential to move forward in a positive way, then academics and researchers need to start speaking in a language that is accessible to those audiences.

For example, when you say this: “how these discourses manifest (and are resisted) in everyday interactions, and how older adults and their carers can be supported in ways that do not obscure the complexities of their experiences, gloss over suffering or reinforce moralizing discourses about aging, dying and care,” do you mean this: http://myalzheimersstory.com/2014/07/13/an-open-letter-to-everyone-who-knows-what-i-should-do-before-i-ask-them/ ? and/or this: http://myalzheimersstory.com/2016/02/18/dont-give-advice-to-people-who-are-drowning/ ?

If not, then what do you mean?

Second, if you want to involve non-academic audiences, you need to 1) invite them to participate in your conferences, communities and conversations in ways that are not framed in such a way that only researchers and/or academics are qualified and/or have the opportunity to speak.

Furthermore, my observation is that the whole research cycle is far to slow and cumbersome to be useful, particularly with respect to aging and older adults. There’s not much use in quoting research that was published 15 years ago, and therefore probably conceived five years before that. We are in a crisis situation right now and it’s going to get much worse before (read “if”) it gets any better.

I believe researchers and academics need to reach out NOW and work closely with my cohort (i.e. 50 – 70 year-olds) to learn what needs to be done and more important to take action it if we have any chance of avoiding the complete collapse of our healthcare system. A step in the right direction might be to speak and write in plain English and to share recent research findings with the audiences you wish to engage in a way they can understand, and more important APPLY to to their care partnering experience and thus to improve their own lives as well as those of the elders they care for .