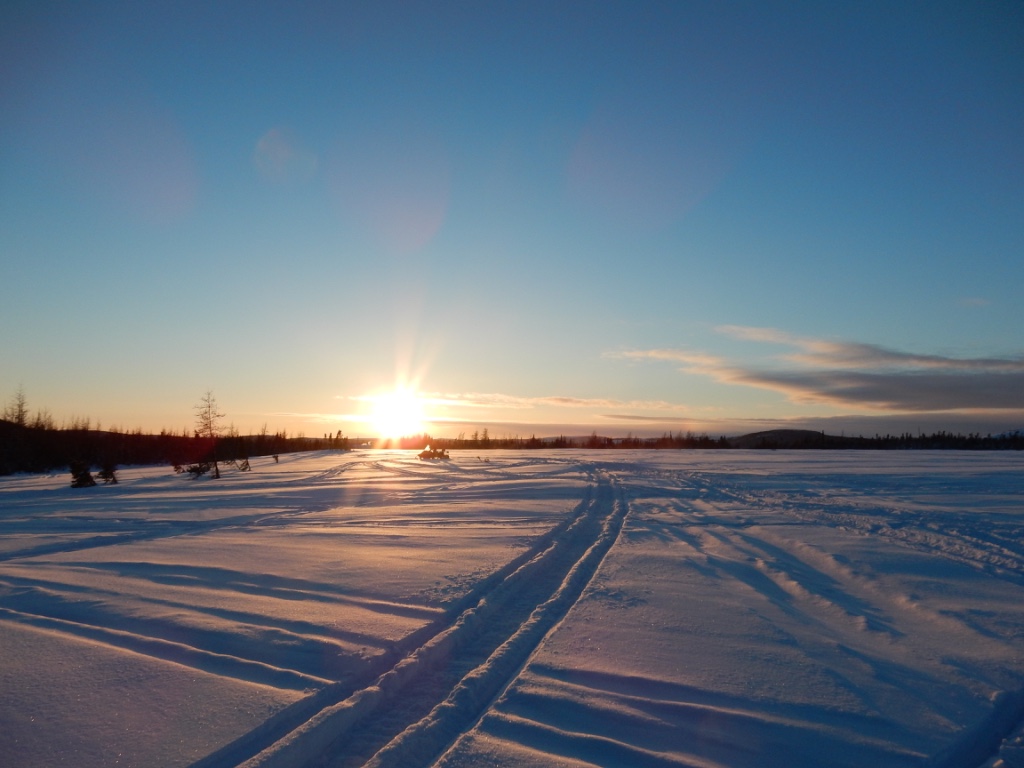 Historical, social, and political determinants put Indigenous people at a high risk for experiencing poor health as they age. As a population, they live less long than their mainstream counterparts, and have disproportionately high risk factors for chronic disease. Despite these known challenges, Canadian Indigenous peoples’ experiences of aging remain poorly documented. Inuit perspectives on aging, in particular, have been almost completely overlooked in the published literature. My postdoctoral research project, Visualizing dementia: Using photovoice to document and understand southern Labrador Inuit experiences with Alzheimer’s disease and related disorders, funded by the Alzheimer Society Research Program and McMaster’s Arts Research Board, seeks to address some of the gaps in this knowledge. Specifically, my research uses photovoice, a participatory, arts-based method, to elicit southern Labrador Inuit understandings of transitions into aging and dementia. By documenting understandings of age-related memory loss and other symptoms that people associate with cognitive decline, this research has the potential to identify key issues related to prevention, early intervention, help-seeking and service use, including barriers and enablers to care and support in these communities.

In February 2016, I embarked on a field research trip to southern Labrador to gather data for this project. I provided older adults and caregivers in southern Labrador with cameras and asked them to take photographs to portray their understandings of aging well, dementia, and caregiving. I also asked that they document strengths and barriers that shape experiences of aging and dementia in their community. The photographs were then used to elicit stories and experiences from each participant. The participatory nature of the photovoice method allowed participants to shape the research questions, and portray a broad range of issues that were significant to them. The resultant photographs showed highly nuanced representations of southern Inuit lived experiences of aging, including the impacts of place, culture, family and community.

This research is significant because dementia is largely invisible in southern Labrador. Virtually nothing is known about how southern Inuit individuals, families and communities understand and experience dementia. Further, we have little knowledge of the types of services and supports that would best help people cope with the condition. The data that resulted from this project provides a unique opportunity to draw attention to memory loss, making experiences of aging and dementia more visible to community members, policy makers, and local health care providers. Participants’ photographs will be displayed in a community exhibit later this year (Autumn 2016). The exhibit intends to increase awareness of the condition, challenge existing assumptions, create supportive links between individuals and families coping with the cognitive decline, and start conversations about culturally-relevant care and community needs in southern Labrador.

Jessica Pace is an Alzheimer Society of Canada postdoctoral fellow who works in the Department of Health, Aging & Society and the Gilbrea Centre for Studies in Aging at McMaster University. Jessica’s postdoctoral research is a community-based, participatory research project which utilizes Photovoice to document and understand Indigenous peoples’ experiences with aging and dementia in southern Labrador.

Heeding the call to quit ‘caring’ – by Christine Kelly