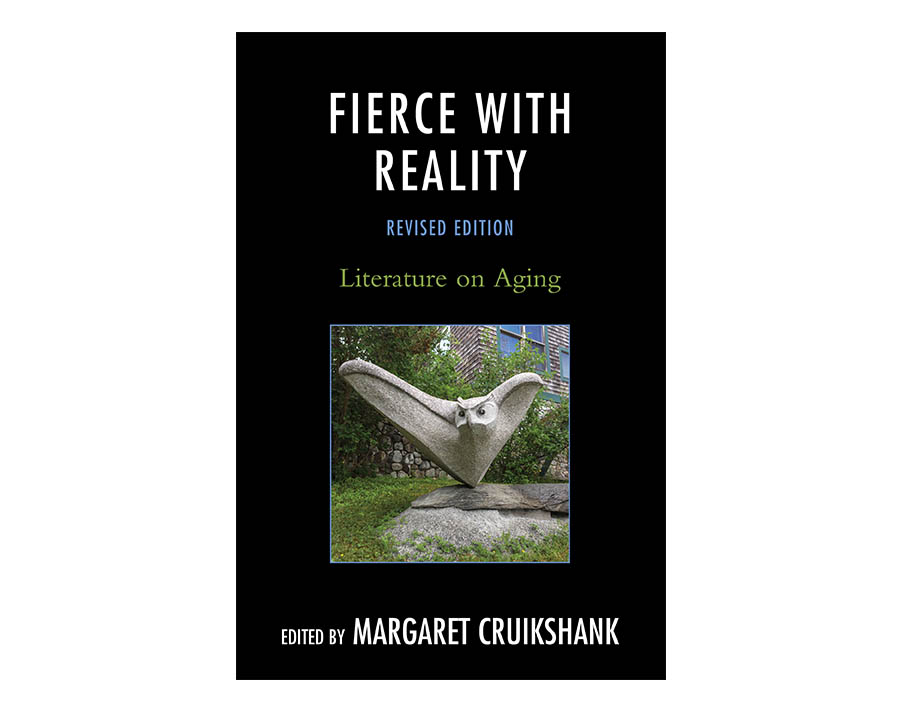 I have long been interested in the humanities and aging, particularly literature about aging. The anthologies I found were good, but quite limiting culturally to notable North American white writers. As a North American white writer myself, I do not wish to denigrate this group, but there are many other trees in the forest, and images of aging that are outside of the imaginations of my counterparts. This blog was written with the intent to highlight the new contributions and material in my recently revisited book Fierce with Reality: Literature on Aging.

When I created my anthology of literature on aging, I chose a diverse group of writers, past and present. Students in my ESL classes contributed stories about aging in their countries, including folk tales they had heard growing up. The phrase “fierce with reality” comes from Florida Scott-Maxwell, who claimed that when we are old and look back on all of our experiences, claiming them, we “become fierce with reality.” Coming from a Canadian family, I made sure to include several Canadian women writers, including Mary Meigs and Jane Rule. Emily Carr and Margaret Laurence provided good quotations for my introduction. The human dimensions of aging come through narratives; therefore, my anthology includes poetry, short fiction, personal narratives, humor, comment on ageism, and a section called “Reflections”- and philosophical pieces in accessible English. The process of finding and arranging the works involved sleuthing rather than research in the traditional sense, I believe many works in the category of literature and aging are out there somewhere waiting to be found and collected.

The field of critical gerontology can offer their lens to interpret the material in the anthology; to provide insight in the various ways oversimplified binary of either positive/ or negative views of the aging process can be unpacked. That being said, I hope aging specialists will read the book as will anyone who is curious about their own aging in order to further our understanding of this multifaceted process.

Is the idea of a ‘lump of labour’ really a fallacy?

How the Creative Industries Can Positively Impact Ageing...